Shares have had a great run in 2019, but are recent results enough to propel them higher?

It wasn't a blemish-free quarter by any means for engineered systems, fluid handling and refrigeration company Dover ( DOV -0.23% ), but the company did enough to satisfy investors who have bought into the company's margin expansion story in the last year or so. In a marketplace increasingly worried about a cyclical slowdown in the economy, Dover's growth prospects this year are largely down to self-help initiatives. That said, the stock is up nearly 40% year to date, and the question now is whether Dover's stock has more room to run or not.

The case behind buying Dover stock

CEO Rich Tobin has previously argued that Dover's gross margin put it in the middle of its peer group -- meaning its products have good competitive positioning and pricing power -- but its sales, general, and administrative (SG&A) costs were among the highest. 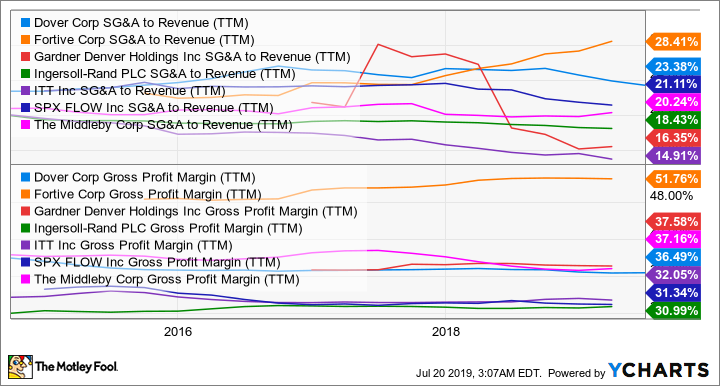 Consequently, he set about on a plan to aggressively restructure the company (at a one-off cost of $40 million spread over the second half of 2018 and the first half of 2019) and generate $130 million in annualized SG&A savings by 2019. After which the plan is to use $30 million of the savings to invest in growth initiatives.

In addition, Dover has needed to retool its manufacturing operation on its underperforming Dover Fueling Solutions (part of the fluids segment) while downsizing its retail refrigeration operations (refrigeration & food equipment segment) in response to weaker than expected demand. 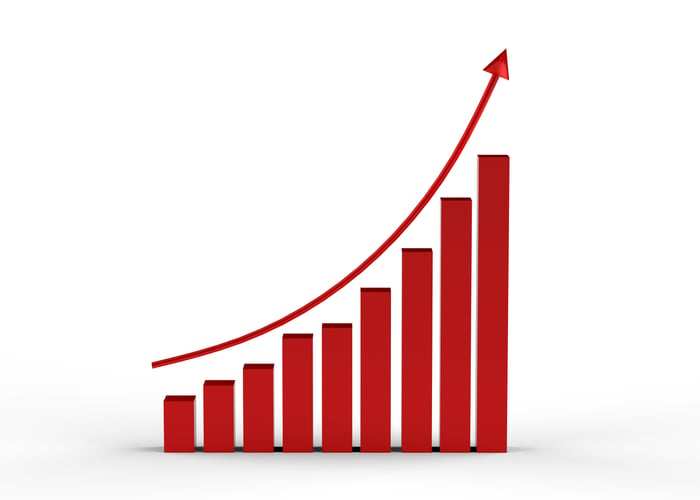 The restructuring is working

Fortunately, the restructuring is largely on track, and Dover has the cost savings and profit improvement to show it. Speaking on the earnings call, CFO Brad Cerepak said, "Our SG&A actions announced last year are for all intents complete, and we are delivering the savings we expected."

Reported revenue growth was paltry in the quarter (although organic revenue growth was 3%), and gross margin was pretty flat, so gross profit only improved by 1.1%. But the cost savings led to a mid-teens increase in operating profit.

As such, Tobin said, "Despite the cautious macro environment, we are in control of a significant portion of our year-over-year profit change, and as such, we are tightening on our full-year guidance range to $5.75 to $5.85 per share."

The midpoint of the guidance implies 16.7% year-over-year growth, and based on the current price of $98 would put the stock on 17 times full-year earnings.

That's not bad, but what about Dover's earnings prospects (analysts have EPS growing by just 7.4% in 2020), particularly after the SG&A savings are complete? Moreover, what about its revenue growth prospects in an uncertain economic environment?

The fluids segment was the star of the second quarter with continued strength across all the businesses, according to Tobin. Dover is seeing good ongoing demand for pumps and equipment for gas compression and renewable energy, and in particular in biopharma. As you can see below, fluid revenue and bookings growth was in the 7%-7.5% range and the book-to-bill ratio implies growth.

However, there are continuing concerns around the refrigeration and food equipment segment, while engineered systems also has work to do in 2019.

In fact, management lowered its full-year organic revenue growth guidance for refrigeration and food equipment to a range of 1% to 2% compared with a previous range of 1% to 3%, and Tobin noted that "it is absolutely clear that we need to deliver on our automation project to deliver on volume earnings conversion."

The results from engineered systems is somewhat more complicated. As you can see above, organic revenue growth, bookings, and the book-to-bill ratio look poor in the quarter, but this is partly down to the large ITMA printing & ID trade show that occurs every four years.

In a nutshell, customers hold off on making bookings until they assess the new technologies at the trade show, but Tobin noted, "We are encouraged by the pipeline of orders coming out of the trade show, especially in our industrial printer line, and expect the business to reaccelerate into the second half. "

Is Dover a buy?

The SG&A cost savings have been realized, so the immediate attention now turns to end markets and other operational matters. Dover needs to convert on the recent trade show with printing & ID bookings (engineered systems) during the next quarter. In addition, the company needs to allay investor concerns around end-demand and execution in refrigeration.

All of which suggests that it's hard to tell what to expect until we more clearly see whether Dover will do the things necessary to hit its full-year guidance.