Netgear (NASDAQ:NTGR) released second-quarter 2019 results on Wednesday after the markets closed, showcasing sales above the top end of what admittedly seemed to be conservative guidance provided three months ago. The networking products company also highlighted a fast-growing subscriber base for its new cyber-threat protection services, setting the stage for what could be a substantial recurring revenue stream.

After climbing more than 5% on Wednesday ahead of the report, shares of Netgear are up another 9% in after-hours trading as the market digests its performance. Let's take a deeper look at what drove Netgear over the past few months, as well as what investors should be watching in the coming quarter. 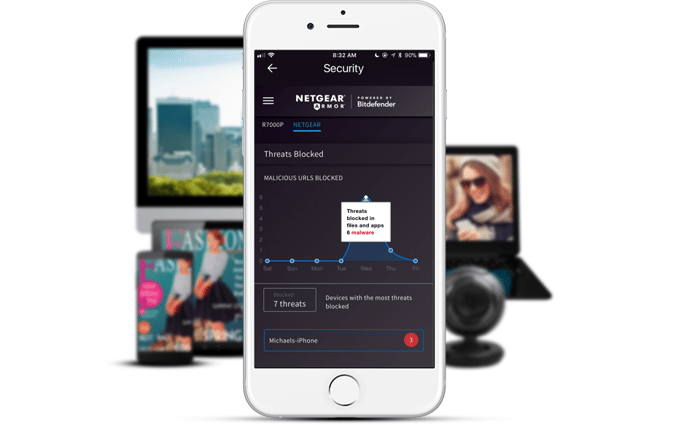 During the second quarter of 2019, we saw improvement in the U.S. retail WiFi market driven by the continued roll out of our WiFi 6 Nighthawk routers and various channel marketing activities. The improved market demand allowed us to finish the quarter with healthy channel inventory levels. [...] We are pleased to report that we reached 11.2 million registered users in Q2, which represents the foundation for building our paid subscriber base. Furthermore, our number of registered app users reached 2.8 million in the second quarter. We recently launched NETGEAR Armor Cyber Threat Protection to our Orbi WiFi systems install base worldwide, and have been encouraged by the initial traction with trial users. We look forward to converting these users to paying customers in the coming quarters.

For perspective, those figures are up sequentially from roughly 10.4 million total registered users, and 2 million registered app users at the end of the first quarter.

For the third quarter of 2019, Netgear sees revenue arriving in the range of $265 million to $280 million, with adjusted operating margin expanding to a range of 8.5% to 9.5%. By comparison, most analysts were looking for revenue near the low end of Netgear's guidance range.

After coupling this strong outlook with Netgear's relative outperformance in the second quarter, and with shares down nearly 20% so far in 2019, it's no surprise to see Netgear stock rallying right now in response.