The major market indexes closed mixed on Wednesday, with the S&P 500 and the Nasdaq Composite hitting record highs, while the Dow Jones Industrial Average fell modestly. 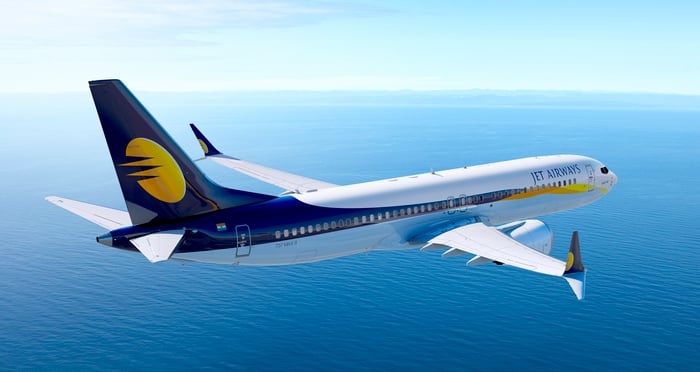 Boeing reported second-quarter results this morning, sending shares lower by 3% as the embattled aerospace titan continues to grapple with the ongoing fallout from its flawed 737 MAX aircraft. Revenue fell 35% to $15.8 billion, and charges related to the 737 MAX contributed to a net loss of $2.9 billion, or $5.21 per share as reported under generally accepted accounting principles (GAAP). On an adjusted basis, net loss per share was $5.82. The accounting charges reduced revenue by $5.6 billion, according to Boeing. CEO Dennis Muilenburg said the company remains focused on safely getting the 737 MAX back in the skies, while conceding that it may have to halt production of the aircraft. Boeing's current guidance does not include 737 MAX impacts, and it will wait to update its guidance due to the uncertainty surrounding the 737 MAX's return to service.

Shares of fixed-income trading platform MarketAxess lost 9% after the company's second-quarter profits missed expectations, even as revenue was buoyed by the ongoing shift to electronic trading. Revenue increased 17% to $125.5 million, thanks to trading volume jumping 25% to a record $527 billion, which in turn helped drive $114.1 million in commission revenue. That included high-yield, Eurobonds, and emerging markets bond trading volumes hitting record levels. Equities transitioned to electronic trading decades ago, and the bond market has been slow to catch up but is now doing so. However, rising costs, particularly around employee compensation, pinched profits. MarketAxess posted net income of $48.1 million, or $1.27 per share, which missed analyst expectations of $1.32 per share.

Anthem stock closed 4.5% lower despite the fact that the health insurance provider beat profit expectations and raised its full-year outlook. Instead, investors were more concerned about rising healthcare costs. Revenue jumped 10.8% to $25.2 billion, but costs continue to climb in its government business, which includes Medicaid and Medicare plans. Anthem's benefit expense ratio, which measures how much of premiums collected it must pay out to cover healthcare, increased to 86.7%, up from 83.4% a year ago. Operating income in the government segment, the company's largest, fell 10% to $478 million despite revenue in that business jumping 14% to $15.5 billion. Anthem raised its full-year guidance for 2019, and now expects earnings per share to be greater than $18.34, up from its prior outlook of at least $18.27 per share.