PepsiCo (NASDAQ:PEP) is an iconic snack food and beverage company with global reach. That reach got a bit longer with the company's announced acquisition last week of Johannesburg-based Pioneer Foods, which is one of South Africa's largest food and beverage companies. PepsiCo plans to use it as a platform to expand further into Africa.

As one of South Africa's largest food and beverage companies, Pioneer Foods owns valuable brands that appeal to local tastes. However, equally important for PepsiCo is the prospect of using the company as a beachhead for further expansion into sub-Saharan Africa, where PepsiCo currently has a small footprint. 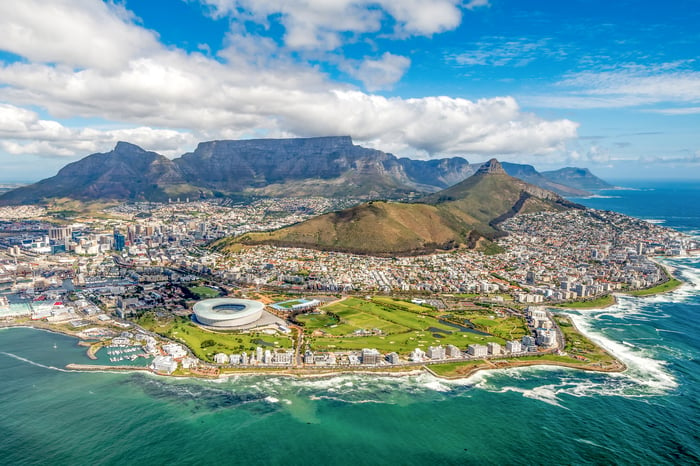 What Pioneer Foods has to offer PepsiCo

Pioneer Foods is based in South Africa and sells a wide variety of food and beverage products including rice, pasta, cereal, and juices. The company exports its products to over 80 countries, but most of its revenue comes from the South African market. Last year, Pioneer Foods generated revenue of 20.2 billion South African Rand (approximately $1.5 billion).

Doing business in the African continent is difficult for an outside organization. Infrastructure can be unreliable and knowledge of how to navigate local markets and regulations is highly valuable. Key to the acquisition for PepsiCo is the addition of Pioneer Foods' distribution facilities and its local executives, who can continue to guide the merged company's growth. PepsiCo will lean on this infrastructure and further invest in it so it can support the distribution of PepsiCo products and serve as a gateway into adjacent geographies.

The acquisition is pending approval by shareholders and regulators. The deal is expected to be completed in early 2020.

The benefits of PepsiCo going global

The acquisition of Pioneer Foods marks the largest acquisition for the company in the last 10 years aside from last year's SodaStream deal for $3.2 billion. It also marks the first major strategic move by CEO Ramon Laguarta, who took the reins from Indra Nooyi in October 2018. There is speculation that Laguarta may be signaling his intention to give PepsiCo a greater global presence.

With $64.7 billion in total revenue and 42.5% of that revenue coming from outside of the United States, PepsiCo is already a large global brand. However, there's significant room for the company to become even more international. Consider that, when grouping its revenue from the United States, Mexico, and Canada, the company's revenue from outside North America was just 32% of its total sales last year. This compares to its arch-rival Coca-Cola, which generated close to two-thirds of its revenue from outside of North America last year.

Generating more revenue from outside of the United States could help boost PepsiCo's growth profile. The company saw its sales grow by just 1.2% in 2017 and 1.8% in 2018. This was largely due to sluggish growth in the United States, where many of PepsiCo's product categories have seen declining demand. Soda consumption in the United States is at a three-decade low, and consumers are trading in unhealthy snack food brands (like PepsiCo's Lays chips) for healthier options. PepsiCo has made investments in healthy alternatives such as sparkling water and low-calorie snacks, but these efforts haven't been enough to make a large enough impact.

Expanding into emerging regions like Africa, Latin America, and Southeast Asia should help PepsiCo raise its sales growth. Sub-Saharan Africa, in particular, is expected to see significant economic growth in the coming decades as a large population of consumers with increasing purchasing power ascend into the middle-class. 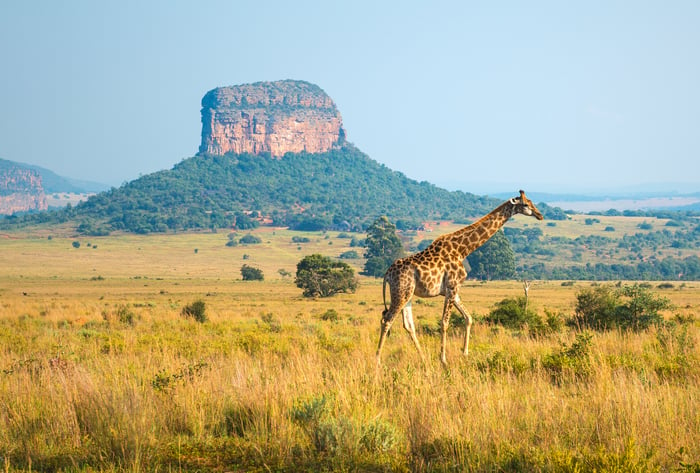 In the long run, PepsiCo's acquisition of Pioneer Foods will likely prove shrewd, as it's hard to see anything but strong growth ahead for the sub-Saharan African region. This deal comes as several other Western companies, including Hilton Worldwide and Anheuser-Busch InBev, have also made sizable investments in the region.

Expect more deals to come, especially if gross domestic product (GDP) growth accelerates in the continent. If all goes well with Pioneer Foods, PepsiCo's deal may be looked upon as a template go-to-market strategy by other consumer-products companies.