Some investors might be leery of Aurora Cannabis (NASDAQ:ACB) right now -- even those who cheered for the stock earlier this year. You can count Bank of America Merrill Lynch analyst Christopher Carey in that group. After recommending Aurora in April, Carey reversed course earlier this month and downgraded the stock to a neutral rating.

I suspect that most investors who are skittish about Aurora are, like Carey, focusing on the short-term challenges the company faces. My view is that these short-term issues aren't anything to be too concerned about. However, one thing about Aurora Cannabis is worrisome to me. Aurora's financials include a big, scary number that should make investors nervous. 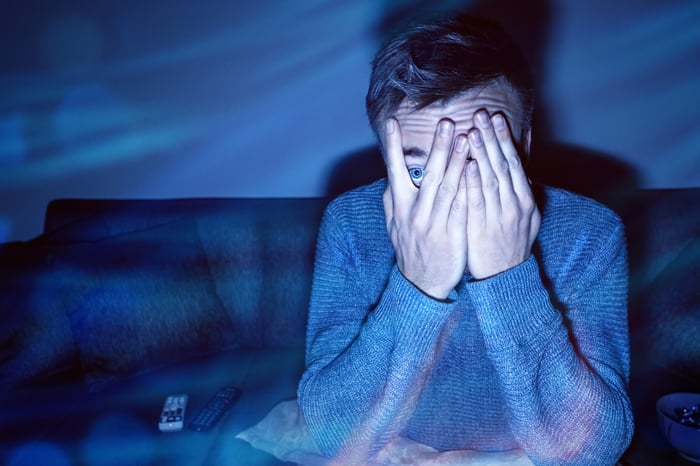 What is this big number that could be so problematic for Aurora? In its fiscal 2019 third-quarter results, the company reported goodwill of 3.18 billion in Canadian dollars. That's around US$2.4 billion. Goodwill, by the way, is the excess amount paid for an acquisition over its fair market value.

There are several things you should note about Aurora's goodwill number. It's by far the biggest asset on the company's balance sheet. If you added the valuations of all of the buildings, properties, and equipment owned by Aurora, it would total less than one-fifth of the cannabis producer's goodwill.

Aurora's goodwill represents a whopping 35% of the company's market cap. To put it another way, Aurora has overpaid for acquisitions by a rate that's nearly 19 times greater than the total amount of revenue it's made over the last four quarters.

A year ago, Aurora's goodwill was a little over CA$760 million, or around US$578 million. The company's frenzy of acquisitions over the last 12 months has more than quadrupled that total.

But don't many of Aurora's peers have big goodwill numbers? Sure. However, even if we sum up the goodwill recorded by the other four top Canadian cannabis producers -- Canopy Growth, Cronos Group, Tilray, and Aphria -- Aurora's goodwill is still nearly 30% greater than its peers' goodwill combined.

Why Aurora's goodwill is so scary

There have been plenty of concerns for a while now about the price tags that Aurora has been paying for its acquisitions. I sounded the alarm earlier this year with the company's buyout of Whistler Medical Marijuana for up to CA$175 million (around US$132 million) including milestone payments. While many cheered this deal, Aurora essentially paid $26.4 per gram for Whistler's annual production capacity. To put it bluntly, the company won't make nearly that much selling the organic cannabis that Whistler produces.

Perhaps these acquired companies will become worth more over time. If so, there's nothing to worry about. But if the cannabis market doesn't grow in line with Aurora's rosy projections, the company could be forced to write down some of its goodwill. Big writedowns could cause Aurora's net losses to be much worse than they would otherwise be.

So far, cannabis companies haven't had to write down huge amounts on previous acquisitions. However, we can look at other industries to see the pain that big writedowns can cause. Kraft Heinz, for example, had to write down $7.1 billion in goodwill earlier this year. At the time, Motley Fool contributor Sean Williams wrote that the company's "problems are a warning sign to pot stock investors."

Despite the legitimate concerns about the huge amount of goodwill that Aurora is carrying on its balance sheet, there is an argument to be made that the company's acquisitions were worth the high costs. Even with its stock dropping in recent months, Aurora's share price is still up more than 30% so far this year.

That gain stems in large part from the perception that Aurora is a leader in the cannabis industry. Without the acquisition of MedReleaf, in particular, it's doubtful that the company would be viewed so positively. And, as we saw earlier, a big chunk of Aurora's goodwill stems from the MedReleaf deal.

But Aurora appears to be betting the farm on global cannabis markets taking off in a big way. If the company is wrong or even too optimistic about the timing of the market growth, its enormous goodwill could lead to major financial issues.