Logitech International (NASDAQ:LOGI) entered the quarter facing a few headwinds, such as currency and tariffs. Those headwinds didn't hold the company back, as it delivered solid gains on the top and bottom lines that were better than expectations.

Sales increased by 6% year over year, or by 9% on a currency-neutral basis, which was at the high end of management's guidance. Non-GAAP (adjusted) earnings per share jumped 15% over the year-ago quarter as a result of higher margins.

The stock moved about 5% higher following the earnings report, as market participants gave their approval. Two highlights from the quarter were margin performance and the strength in the gaming segment excluding sales of headsets. 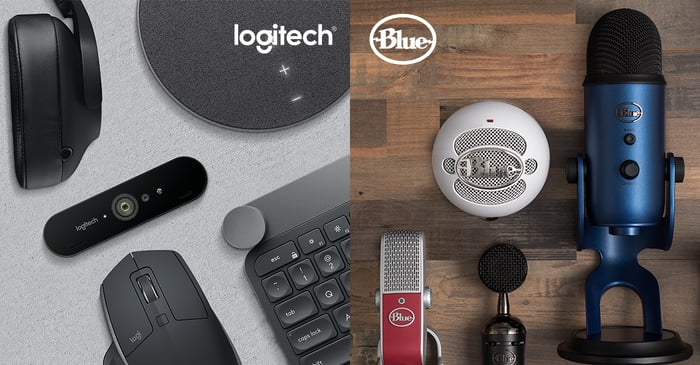 Logitech demonstrated how flexible it could be in managing its cost structure. The company has a diversified manufacturing footprint that allows it to shift production around to mitigate the extra costs from tariffs. Also, the company reduced its inventory ahead of the recent tariff increases, which helped as well.

But the effect of these adjustments won't last long. Management is raising prices on some products to keep margins up through the next quarter. It's unclear how customers will respond, but management is confident in its strategy.

During the earnings call, CFO Nate Olmstead explained the broader trend that is driving the company's gross margin performance: "We're continuing to see some benefits from the portfolio mix shifts, things like [video collaboration], which grew faster than the overall company [and] have relatively higher margins. And so that helps as well."

In addition to video, the gaming category also generates higher margins than the company average. Logitech has experienced growing demand for these products in recent years.

Over the last five years, the gross margin has drifted from the mid-30s range to the high 30s. Management's long-term goal is to keep the gross margin between 36% and 40% and reinvest the extra profit from sales of higher-margin products back into product innovation.

The silver lining in the gaming results

On the surface, Logitech's largest sales category seemed to have a bad quarter, as the gaming segment posted a 1% decline in sales. This is way down from the robust growth rates investors have been used to seeing over the last few years.

However, stripping out sales of headsets, the gaming category saw a 20% year-over-year increase in sales. To be clear, this would be for products like gaming mice and keyboards.

So, what's going on with headsets?

Last year, Epic Games' Fortnite launched a battle royale game mode, which quickly gained a wide following. So many people started playing the game that sales of headsets spiked in the first quarter of 2018, which juiced Logitech's gaming sales, causing a difficult year-over-year growth comparison in the most recent quarter.

Typically, the whole market for headsets usually experiences a decline in sales of 40% between Q4 and Q1 every year. But last year, as Olmstead explained on the call, headset sales were up 1% sequentially across the market. That puts into context how much demand Logitech experienced last year, when the company's gaming segment nearly doubled its sales over the previous year.

Despite the flattish growth in gaming, CEO Bracken Darrell still sees the segment as an attractive area in which to invest. He stated, "We don't see a change to the structure of growth and gaming overall. Gaming is here to stay, and we'll continue to bring out innovative new products that will elevate every gamer's potential and delight them."

The 20% growth in gaming excluding headsets shows there is still tremendous demand for gaming essentials. Although it's difficult to quantify exactly how many new customers entered the fold by buying a new headset last year, Darrell is confident that there is a much larger customer base for the company to reach now.

During the call, Darrell said, "With the broadening of the base of new gamers as a result of Fortnite, we aim to capitalize on the tremendous upgrade potential such a big base of first-timers provides."

Overall, investors were pleased to see the company able to deliver solid top-line growth, even with the slack in the gaming segment. Management credited the quarter to the company's strength across a broad range of computer peripherals, including webcams, mobile speakers, tablet accessories, and other products. The solid sales performance allowed Logitech to gain market share in key categories.

For the year, management is calling for sales to be up in the high-single-digit range. The company doesn't provide earnings guidance, specifically, but analysts expect adjusted earnings to be up 4.5%, or $2.10 per share, compared to fiscal 2019 (which ended in March).