Please ensure Javascript is enabled for purposes of website accessibility
Log In Help Join The Motley Fool
Free Article Join Over 1 Million Premium Members And Get More In-Depth Stock Guidance and Research
By Rich Smith - Jul 29, 2019 at 8:03AM

But if you do the math, it looks like LockMart still has a lot of work left to do.

Five years ago, Lockheed Martin (LMT 0.22%) promised to change the world forever. In an announcement of blockbuster importance but laconic terseness, the world's biggest pure-play defense company announced that it is working on a solution to the problem of fusion nuclear energy -- aka "cold fusion." 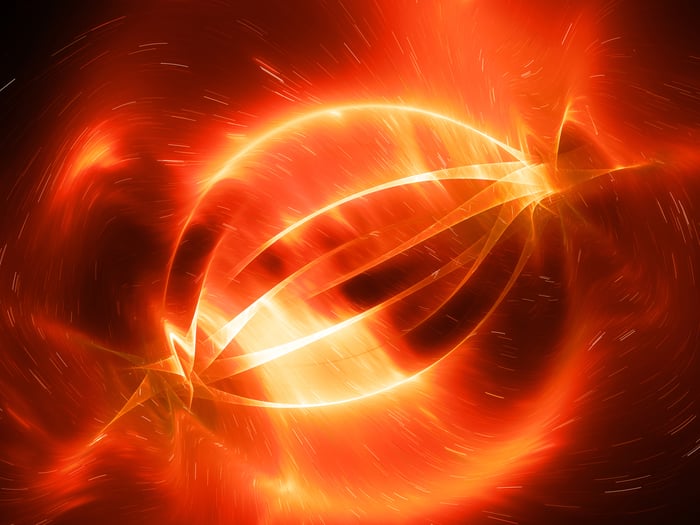 So how's that working out for ya?

As I said, this all happened five years ago. So here we are at the halfway mark toward Lockheed's first "10-year plan." How are things progressing?

Well, not terribly perhaps -- but also not great. Depending on how you "read between the lines," Lockheed may have made either four years' worth of progress over the past five years of work, or not much progress at all.

Earlier this week Aviation Week sat down with Lockheed Martin Skunk Works VP Jeff Babione to discuss the company's progress. As AW reports, Lockheed can now confirm that its "models" have been verified, its science is "sound," and "progress" is continuing -- but it's painfully slow work.

So here's the thing. For Lockheed Martin to get cold fusion to work, it needs to solve three main problems:

As AW describes the project, Lockheed initially intended to attack these problems in stages, building new, improved, progressively bigger "test" reactors at the rate of roughly one per year ("T1" the first year, "T2" the second, and so on), culminating in a "TX prototype" that can "run for upwards of 10 seconds in steady-state after the injectors, which will be used to ignite the plasma, are turned off."

As of today, about five years since Lockheed's public revelation of the cold fusion project, Lockheed is working on its "T4B" test reactor. That sounds pretty good -- about halfway through a 10-year project, you'd probably expect Lockheed to be on test reactor four or five right about now.

But here's the (other) thing: According to AW, Lockheed's T4 reactor was actually tested "in 2014-2015" -- in other words, the year Lockheed initially unveiled the project, it was already on its fourth iteration of the test reactor. And if that's the case, then it means the entire past five years have seen Lockheed's cold fusion project progress all the way from T4 ... to T4B. Viewed in that light, it actually sounds like Lockheed has made very little progress indeed over the last five years!

Or as AW deadpanned: "Progress has been slower than hoped."

That being said, Lockheed's Babione remains optimistic: "We still have confidence" that the company will eventually succeed in developing a working cold fusion nuclear reactor, he says. In fact, Lockheed hopes to progress to its next iteration -- T5 -- before the end of this year. After that, three more reactors are planned before the company reaches its final test model, "T8", which should demonstrate both a stable "fusion process" and "full confinement" of same.

Babione says he's pretty sure cold fusion remains within "the realm of the possible." As statements of supreme confidence go, though, that one leaves much to be desired.

With five years remaining in the initial 10-year plan, if the company can get back on track with its one-upgrade-per-year schedule, it's still conceivable that Lockheed could move from "T5" to "T8" in the next five years. But I have to say, given the minimal progress achieved over the last five years, I'm starting to wonder if the critics were right to dismiss Lockheed's project as nuclear pie in the sky five years ago. (If memory serves, the actual term they used was "poppycock.")

Long story short, while Lockheed may yet solve the cold fusion riddle, I wouldn't advise rushing out and selling all your oil stocks just yet.