Please ensure Javascript is enabled for purposes of website accessibility
Free Article Join Over 1 Million Premium Members And Get More In-Depth Stock Guidance and Research
By Rich Duprey - Jul 29, 2019 at 9:15AM

The gunmaker is poised to benefit from industry's recovery, though it probably won't show up in this quarter.

It's quite likely when Sturm, Ruger ( RGR 1.37% ) reports second-quarter earnings later this week, investors will see sales and profits falling from the year-ago period, although the comparisons themselves are weak because of the protracted slump of the firearms industry.

Yet because gun sales are starting to rebound, it may not actually matter quite so much what the earnings report indicates, even if it is better, since it will provide little more than the floor for which to compare how high Ruger will rise.

With the gunmaker set to release its financials on Wednesday, July 31, let's look at what investors can expect. 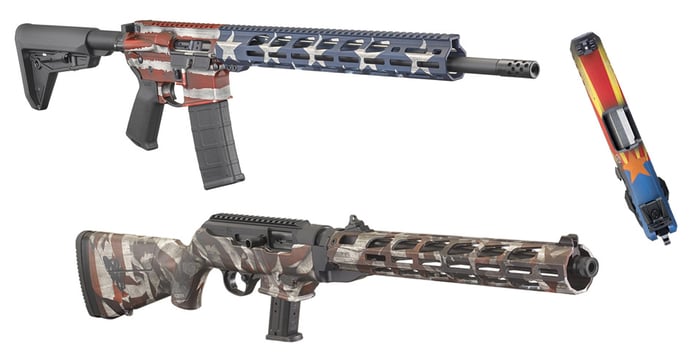 Ready for a recovery

Although Ruger is the largest U.S. gunmaker, it's still been a tough road selling firearms in today's market. Last quarter, sales fell 13% to $114 million, while earnings slipped 9% to $0.74 per share. Its dividend was cut to $0.29 per share from $0.32 in the prior year, but because Ruger's dividend is based on a percentage of its quarterly net income, it fluctuates every quarter. However, it does show the gunmaker's profits were weak, though a stronger quarter this time will see it rise again.

But the second quarter isn't likely to be much better. While demand for firearms firmed up during the period, with adjusted National Instant Criminal Background Check System (NICS) data showing sales falling just 1.2% year over year during the March to June period versus a 13% decline January to March, there remains a bit of a lag between when those figures are reported and Ruger's earnings because Ruger doesn't sell direct to the public.

Instead, the gunmaker sells to federally licensed dealers and retailers, who place orders based on the demand they're seeing at the time -- typically earlier than what is shown in the adjusted NICS data. So the gunmaker's results will reflect earlier gun demand (or lack thereof), rather than the stronger NICS figures.

Which is why this quarter's earnings may not necessarily mean so much. The gun industry is improving, and while sales were up in May -- albeit just barely at 0.7% -- they jumped 3.5% in June. This is notable, because there were no outside factors influencing sales.

The first quarter was especially depressed because February 2018 was when the Parkland, Florida, school shooting occurred, which led to a spike in gun sales for several months afterwards. This year's second quarter started off still feeling the tail end effects of last year's elevated numbers, but by June the impact had worn off. What was left was a comparison of sales not based on fear or any special circumstance, but of industry demand itself. That suggests that future business for Ruger and other gunmakers will be better.

Sturm, Ruger has used the downturn to invest in new products, which are often a catalyst for gun sales and accounted for 20% percent of the gunsmith's sales in the first quarter. New products included its Pistol Caliber Carbine, the EC9s pistol, the Security-9 pistol, and the Precision Rimfire Rifle, and Ruger says it plans on spending as much as $25 million this year on capital expenditures, more than double the $10.5 million it spent in 2018, and most of it will go toward new product development.

The gunmaker doesn't provide quarterly guidance, and analysts don't try to guess what its sales or earnings will be, so investors don't have guide posts to follow in trying to suss out how Ruger's quarter will develop.

What is known is that the industry seems to have reached the bottom in its downturn and sales are beginning to climb once more. We're not likely to see the kinds of sales that lead up to the market top in 2016, but rather a steady rise at a more normalized pace. That bodes well for Sturm, Ruger and the rest of the industry, and we may begin to just see the first hints of it this quarter.