If you are a buy-and-hold investor who thinks in decades, you need to look for a different type of company. That can mean looking past near-term losses to the long-term potential that a technology upstart like fast-growing Shopify (NYSE:SHOP) offers. Or the multiple ways that marijuana stock Canopy Growth (NASDAQ:CGC) has to reward investors willing to think long term. Or even examining a dividend growth story like the one offered by Hormel Foods (NYSE:HRL), which underpins over 50 years of success in the typically boring consumer goods space. If you take the time to get to know this trio of stocks, it's highly likely you'll look to buy one or more... with the goal of holding onto them for the next 50 years or so.

Shopify is becoming a thorn in Amazon's side

Brian Stoffel (Shopify): I will not argue that Shopify's stock is cheap. Over the last three years alone, shares have increased tenfold! Valued at $37 billion, the company has yet to even turn an official annual profit. 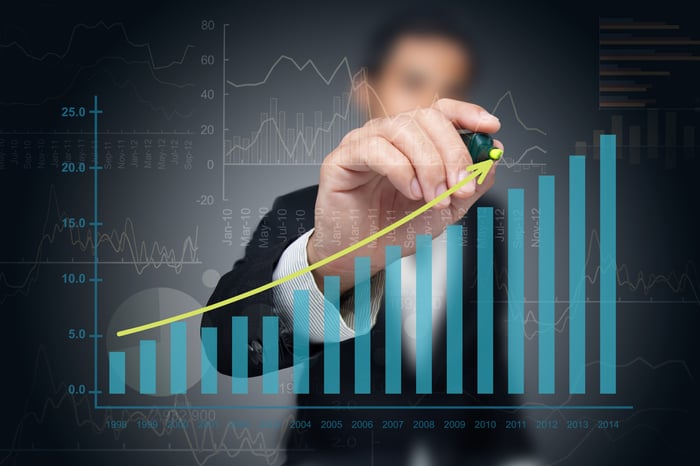 But there's more than meets the eye here. Shopify helps just about anyone -- from website design to inventory management to payment collection -- set up an e-commerce presence. Shopify has over 800,000 merchants signed on. And even if most of these merchants eventually fail, that's OK: Shopify benefits when its merchants become successful. The huge successes that grow out of this pool of 800,000 more than cancel out the failures.

Increasingly, Shopify is also becoming a thorn in the side of the world's largest e-commerce giant: Amazon.com. Shopify already beat Amazon at building out a third-party merchant platform. And this summer, it announced it would be providing a fulfillment network for merchants that has one huge advantage over Amazon's: Shopify won't be using the data it collects to create private-label brands to steal business away from its customers.

Over the long run, this kind of agnosticism could help Shopify be the type of wealth-generating investment that Amazon itself was 20 years ago. And this isn't blind optimism: These are my family's two largest holdings, occupying over 25% of our real-life portfolio. I expect to continue holding it for decades.

George Budwell (Canopy Growth): The legal marijuana industry could turn out to be a once-in-a-lifetime investing opportunity. Nonetheless, investors still face a serious dilemma when it comes to picking cannabis equities capable of capitalizing on this favorable growth trend.

The long and short of it is that the legal marijuana space won't realize its full commercial potential until the United States ends federal prohibition -- an event that doesn't seem likely to occur anytime soon. In fact, this stark reality has started to weigh on pot stocks across the board in the second half of 2019, with almost all of the major Canadian cultivators losing a significant chunk of their market caps in recent trading sessions.

This recent industrywide downturn, though, may have created a compelling entry point for investors who have a long-term outlook. Canada's Canopy Growth, for instance, offers patient investors two clear-cut ways to win. First up, Canopy is now poised to experience tremendous organic growth once marijuana is no longer a Schedule I drug in the United States, thanks to its tie-up with beverage giant Constellation Brands.

Secondly, Constellation also appears intent on eventually gobbling up the rest of Canopy Growth early in the next decade, which should come at a substantial premium compared to where the pot titan's shares are trading today. So while this top pot stock will probably remain volatile for the time being, Canopy should ultimately turn out to be a winning play for the buy-and-hold crowd.

Growth of a different kind

Reuben Gregg Brewer (Hormel Foods): When most people think of growth, it is earnings that first come to mind. But that overlooks another key component of the return picture: dividends. And when it comes to dividends, Hormel Foods offers a compelling combination of yield and dividend growth today.

For starters, Hormel has increased its dividend annually for over 50 years. (That places it in the rarefied Dividend Aristocrat space.) Although the roughly 2% yield is modest, it happens to be toward the high end of the company's historical range. And, most important here, over the past decade Hormel has increased the dividend at an annualized rate of 15%! That's taken the dividend from $0.19 per share in 2009 to $0.75 per share in 2018. This is an exciting set of figures. 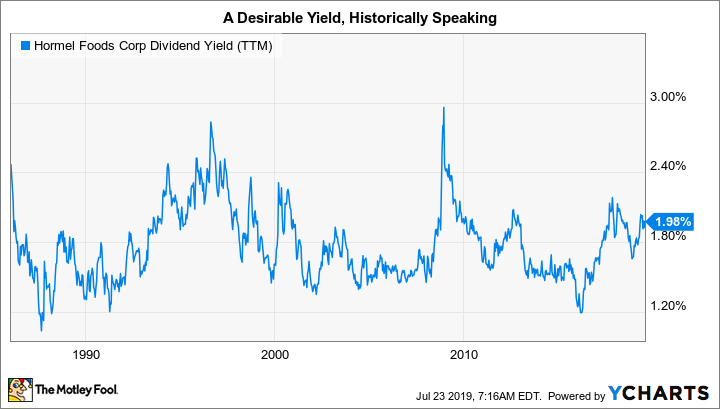 The best part, however, is that Hormel maintains a rock-solid balance sheet. Long-term debt is less than 5% of the capital structure, even as the food maker has been buying new brands to better serve changing customer tastes. That last fact is what's kept the stock price low and the yield historically high. But with such a strong balance sheet and over five decades of dividend hikes behind it, Hormel clearly has a history of success in the food space. In other words, it has successfully changed with the times before and is highly likely to do it again. If you like dividend growth stocks, Hormel is the type of company you buy and hold for a very long time.