One of the keys to Amazon.com's (NASDAQ:AMZN) success has been its laser-like focus on customer satisfaction from the very beginning. In his first-ever shareholder letter, CEO Jeff Bezos penned an entire section titled "Obsess Over Customers," where he unequivocally stated, "We will continue to focus relentlessly on our customers."

This is far from the last time Bezos spoke about the advantages of a customer-centric approach, particularly about how he believes such an approach is the best way to protect a company's vitality. From the beginning, this has been the flywheel of Amazon's success.

The results speak for themselves. Over the past 20 years, Amazon has grown from an online bookstore to one of the largest companies in the world, delighting consumers and shareholders alike along the way. 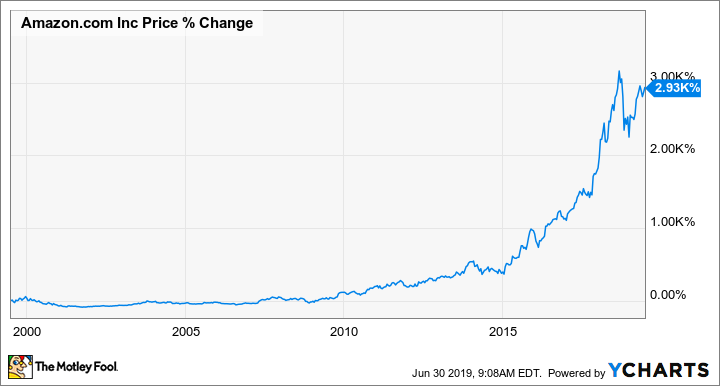 There's one type of customer, though, that Amazon may not have served to the best of its ability. And a growing e-commerce competitor, Shopify (NYSE:SHOP), might stand to benefit from this oversight. 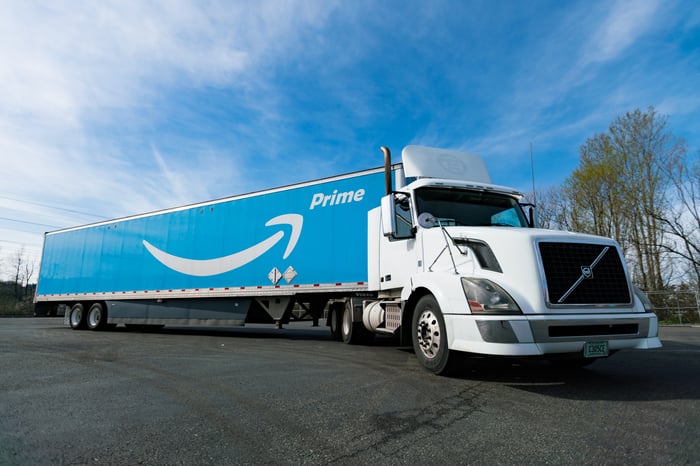 And with a few glaring exceptions, Amazon treats these customers well, explaining why third-party sellers have flocked to its platform, beyond just being an online marketplace with a built-in set customer base. As Bezos stated in his 2018 shareholder letter: "We helped independent sellers compete against our first-party business by investing in and offering them the very best selling tools we could imagine and build. There are many such tools, including tools that help sellers manage inventory, process payments, track shipments, create reports, and sell across borders -- and we're inventing more every year."

Fulfillment by Amazon (FBA), the platform designed for third-party sellers, does all of these things and more, giving independent merchants access to the best of Amazon's logistics infrastructure, including its distribution centers and delivery network.

Unfortunately for third-party sellers, while the monetary price for this service is reasonable, the tangible costs can be immense. For starters, it's nearly impossible for merchants to maintain their own identity within the Amazon marketplace, getting lost amid the sea of other sellers offering the same or similar products.

Second, Amazon has developed a habit of finding the best-selling products its independent merchants offer and then selling nearly identical products under one of its 100-plus private-label brands . Once it does that, Amazon steers customers to its own products through search algorithms, sales, and exclusives.

So although the third-party sellers were customers of FBA, they weren't being treated that way, at least not by the standards Amazon normally accords its customers. And there seemed to be little recourse. If smaller merchants wanted access to world-class logistics infrastructure and back-office support, there was nowhere else they could go.

Shopify's platform is built on the premise of giving merchants the tools to grow and build their businesses, including all the bells and whistles traditionally available only to the industry's leaders. Through its merchant solutions business, Shopify offers its enterprise clients resources for a variety of needs, including shipping, payments, marketing, and checkout customization.

Shopify often reminds its customers that it's there to help them, not compete with them. For instance, in an exclusive interview with The Motley Fool last year, CEO Tobi Lutke said: "I think the most important thing about Shopify to understand is that we have hundreds of thousands of merchants on the platform, but Shopify, of course, isn't selling products directly. What we do is ... help merchants, help entrepreneurs who want to sell products do it themselves."

What Shopify has not been able to do, until now, is match Amazon's worldwide logistics infrastructure and capabilities. That changed when the company announced at its annual Shopify Unite conference that it's building its own Shopify Fulfillment Network.

As management explained, trying to offer something like two-day shipping to keep up with Amazon could cost small merchants their entire profit margin on a typical order. Third-party logistics aren't a viable solution for many of these sellers, as they come with complex pricing models, obscure the sellers' brands, lack transparency with data, and ultimately might compete with the seller.

The company has made it easy for merchants to opt into the program. The platform supports multiple channels, including sellers' online stores, wholesale orders, and third-party online marketplaces. The network uses custom packaging from each merchant so that the merchant's packaging displays its own brand. Using its machine learning model, Shopify is able to accurately predict orders, too, so that this increase in shipping capabilities doesn't come at a higher inventory cost. Finally, the Shopify Fulfillment Network will allow its merchants to offer two-day delivery, with what it cites as 99.9% order accuracy.

Enough room for more than one winner

This doesn't mean I'm selling my Amazon position. In fact, it remains the largest position in my personal portfolio. But I do think it has failed to treat its third-party sellers right, and that opportunity is most likely going to cost the company.

Based on its gross merchant volume, the amount of goods Shopify's merchants sell across its platform, Shopify ranks third in market share in domestic online retail sales. With this investment in its own logistics infrastructure, Shopify is using its scale to flex its muscle and move in on some of the e-commerce giants. Amazon shareholders might want to consider a position in Shopify as a hedge and another position in the growing e-commerce market. I long ago added Shopify to my own portfolio, and it's a position I plan to increase often in the years ahead.