Overall, the results -- released July 30 -- were in line with the company's expectations, and management maintained its previous guidance for the year. 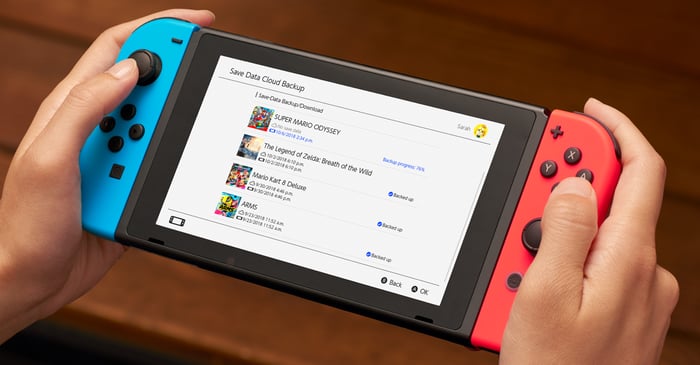 What happened with Nintendo this quarter?

What management had to say?

It's going to be a busy fall release schedule for the Nintendo Switch, with The Legend of Zelda: Link's Awakening coming out in September. The new Zelda title will be followed by Luigi's Mansion 3 in October and two Pokemon games set for November releases.

In a statement, the company said, "Many key titles are also expected to be released by other software publishers as we continue to offer attractive titles that are filled with variety."

Also, the upcoming launch of the Switch Lite is expected to keep hardware sales momentum going in the short term. The new Switch Lite, along with the upcoming game releases, are expected to offer players a variety of games and play styles so there is something for everyone.

As the company explained in the press release, "By offering consumers a choice of hardware that matches their preferred play style, we aim to further expand the installed base for Nintendo Switch."

Management maintained its previous outlook for full-year sales and profit. Total sales for fiscal 2020 (which ends in March) are expected to be up 4.1% year over year, while net income is expected to be down 7.2%.

The Switch Lite is a significant near-term growth catalyst, but investors should also keep an eye on the growth in mobile games. In addition to the above-mentioned releases for the Switch this fall, Nintendo is also releasing two highly anticipated mobile titles this summer, Dr. Mario World and Mario Kart Tour. Dr. Mario World is already available and has a 4.5-star average rating in Apple's App Store.