Amazon (NASDAQ:AMZN) is in talks to buy Uber (NYSE:UBER) Eats' Indian business for about $300 million according to Business Standard. The report notes that the talks are still in "initial stages," and that they could lead to a "strategic alliance" instead.

Amazon's interest in a food delivery service in India might surprise investors, since the company recently shuttered its first-party restaurant delivery services in the U.S. and U.K. But if we dig deeper, we'll spot three reasons Amazon might be interested in Uber Eats' Indian unit. 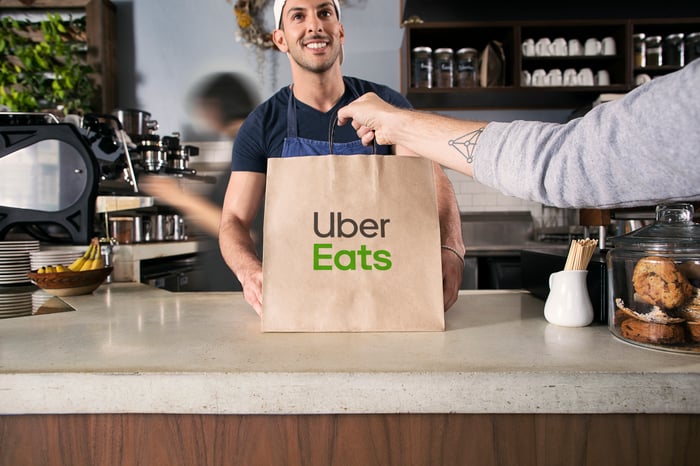 1. A fresh play in India

Morgan Stanley expects over half of India's internet users to buy products online in 2026, up from just 14% in 2016. That's a massive growth opportunity for Amazon, which is running out of room to grow in developed markets. Amazon also needs to keep expanding in India to prevent Walmart from conquering the market.

Amazon's plans were humming along nicely until the Indian government introduced new rules to curb the growth of foreign companies like Amazon and Walmart in its e-commerce market. Those rules (which are admittedly still loosely enforced) banned online retailers from offering platform-exclusive sales or cashback offers and selling products in which they own equity interest. Merchants were also banned from generating over 25% of their sales from a single online marketplace like Amazon or Flipkart.

Amazon opened mall-based kiosks across India to sell its hardware devices, in case its Echo and Kindle devices were eventually booted from its online marketplace. Its interest in Uber Eats likely complements that strategy. If it bundles Uber Eats into its other Prime services in India, it can lock in more subscribers even as it loses the ability to offer platform-exclusive deals or discounts.

The food delivery market in India could grow at a compound annual growth rate (CAGR) of 12.8% between 2019 and 2023 according to Statista's estimates. 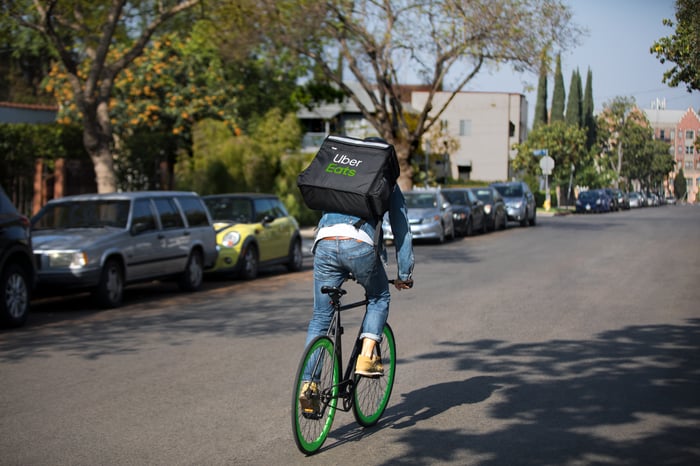 Swiggy and Zomato are the two largest food delivery platforms in India according to KalaGato. The research firm recently claimed that Swiggy controlled 36.4% of the market in 2018, while Zomato claimed a 23.8% share. The rest of the market is fragmented among smaller players like FoodPanda and Uber Eats.

That's a tough market for Uber, which remains unprofitable in two tough markets (ride hailing and food deliveries), to gain ground in. But that task could be easier for Amazon, which regularly offsets loss-leading strategies with its higher-margin cloud service revenue. Many of Amazon's loss-leading strategies (like Echos, Kindles, and digital content) lock users into its Prime ecosystem, which pays off as subscribers purchase more physical or digital products.

Amazon doesn't regularly disclose its total number of Prime subscribers. However, it stated that its global membership count surpassed 100 million last year, and Amazon Prime India head Akshay Sahi recently told The Times of India that the platform's subscriber base had roughly doubled over the past 18 months.

Sahi stated that a record number of Indian customers signed up over the past year, including a significant number from non-metro markets. A recent report by RedSeer also found that half of India's Prime subscribers were drawn to the service by its streaming video content, while the other half signed up for "other" reasons like free or faster deliveries.

If Amazon adds free or discounted food deliveries to that bundle, it could strike while the iron's hot and gain even more Prime subscribers. With that support, Uber Eats would finally be in a stronger position to challenge Zomato and Swiggy.

Could a takeover actually happen?

$300 million is pocket change for Amazon, which ended last quarter with $22.6 billion in cash and equivalents. Uber also isn't shy about spinning off weaker overseas businesses -- it sold its Chinese unit to Didi Chuxing, it sold its Southeast Asia business to Grab, and it retreated from Russia by merging its local operations into a ride-hailing joint venture with Yandex.

Therefore, selling Uber Eats' Indian unit to Amazon wouldn't be a surprising move. However, Amazon could also simply sign a strategic partnership with Uber, which would tether its food delivery service to Prime without assuming all the overhead costs. Both strategies make sense, but investors should still take these rumors with a grain of salt and await definitive announcements.