American Tower (NYSE:AMT) continues to benefit from fast-growing data demand. That enabled the communications tower REIT to add more tenants to its towers during the second quarter, which helped boost its results. That solid showing, as well as its growing optimism for the second half of the year, led the company to increase its full-year outlook.

Healthy organic growth in most regions helped offset some weakness in India. 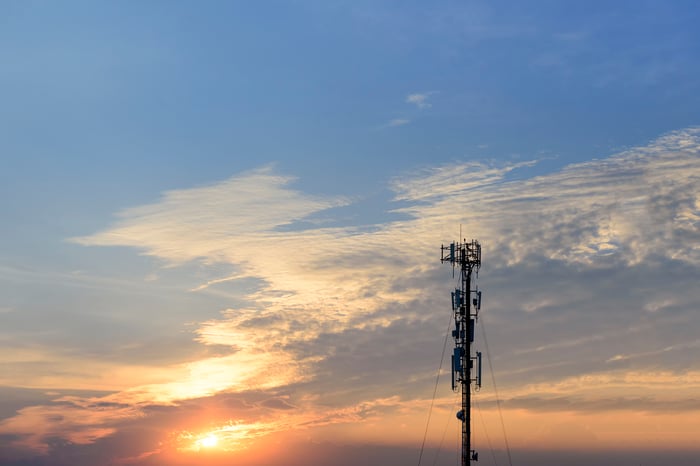 CEO Jim Taiclet commented the company's results by stating that: "We had another strong quarter in Q2 2019, highlighted by 7.5% Organic Tenant Billings Growth in the U.S. and sustained momentum across our international operations. U.S. consumer demand for mobile data continues to expand more than 30% per year, with broadly similar usage growth rates in our overseas markets fueling ongoing demand for tower space."

American Tower continues to execute on its two-pronged growth strategy. First, the company is organically expanding revenue by adding new tenants to its legacy portfolio of towers. That's helping boost investment returns since it doesn't cost very much to add more communications equipment to an existing location. The company also continues to acquire new tower sites around the world, which provides it with future organic growth opportunities as it adds more tenants to those locations.

Taiclet pointed out that the success of its strategy and execution this year led it to raise its full-year forecast:

While the company still expects its financial results to decline this year, that's entirely due to the impact of the Tata settlement, which is negatively impacting comparable results. American Tower's forecast also doesn't include the Eaton acquisition, which it won't close until the end of the year.