Growth stocks that can turn an initial investment of $20,000 into a million-dollar payday in roughly 20 years' time aren't as rare as you might think. For instance, biotech heavyweights Biogen and Gilead Sciences both accomplished this feat over the prior two decades. The trick is spotting small-cap companies with large-cap potential well ahead of the crowd. 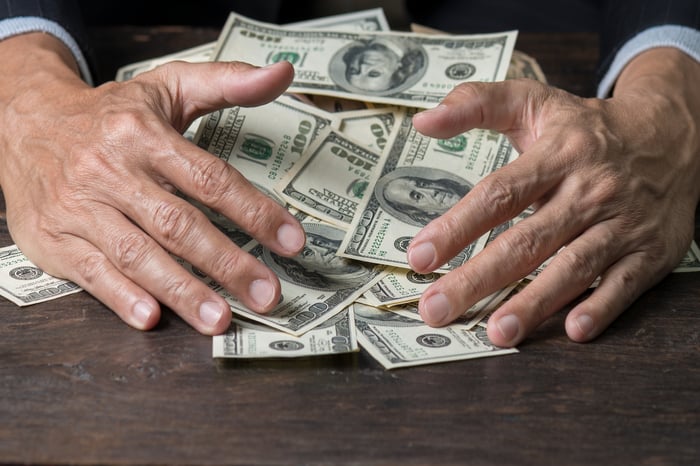 Catalyst Pharmaceuticals has had a volatile year. The company's stock started to heat up after the launch of its Lambert-Eaton myasthenic syndrome (LEMS) drug Firdapse. But a surprise approval by a rival therapy in the United States halted the drugmaker's upward momentum last May.

Catalyst is now in the process of challenging the legality of this unexpected regulatory approval in federal court, but the outcome of this lawsuit is obviously far from certain. Catalyst's core value proposition nevertheless rests squarely on Firdapse's continued uptake in LEMS, highlighting the serious threat this alternative therapy poses to the company's near- and long-term prospects.

The flip side of the coin is that Catalyst still has a shot at generating a healthy $200 million in peak sales from Firdapse's LEMS indication early in the next decade. And if this revenue forecast turns out to be correct, Catalyst's stock should turn out to be a tremendous growth vehicle for early-bird investors. The biotech's market cap, after all, currently sits at a mere $521 million.

Is Catalyst worth the risk? The bottom line is that this small-cap orphan-drug stock isn't for the faint of heart. If Firdapse's commercial trajectory loses steam, Catalyst's shares will suffer as a result. That said, this drug does have the potential to be Catalyst's fundamental building block, enabling the company to build out a much broader pipeline of rare-disease products in the next decade. So if you're not put off by a high degree of risk, this tiny drugmaker should definitely be on your radar right now.

Legal cannabis sales are forecast to top a breathtaking $30 billion in the U.S. by 2023, according to a recent report by Marijuana Business Daily. That stately sales projection puts cannabis on pace to become one of the fastest-growing industries in the world. Unfortunately, there aren't many U.S.-based companies truly capable of capturing an outsized portion of this enormous commercial opportunity. The California-based premium cannabis dispensary MedMen, however, is one possible exception to this general rule of thumb.

MedMen is in the process of acquiring privately held PharmaCann for approximately $682 million via an all-stock transaction. This proposed deal would cement MedMen's position as one of the country's largest marijuana dispensaries, giving it a whopping 86 retail licenses on a pro forma basis. That's a key competitive edge over most of the broader field of marijuana dispensaries, which should translate into healthy levels of revenue growth for years to come. In fact, Wall Street currently has the company's top line rising by an astronomical 178% in 2020.

Despite this rosy outlook, MedMen's shares have now lost almost 30% of their value since the start of 2019. The two key issues weighing on the company's shares are its unsightly cash burn rate and ongoing managerial churn. And until MedMen stabilizes its brain trust and curtails its quarterly expenses, the company's shares will more than likely continue their recent downward trajectory. Over the longer term, though, MedMen should ultimately turn out to be a prime beneficiary of the rapidly growing U.S. cannabis market.