This fuel-cell leader hit some bumps in Q1. Was the road through Q2 any smoother?

Although it will be interesting to see how the company fares in meeting expectations, savvy investors know that there's much more to a quarterly performance than just top- and bottom-line metrics. So let's key in on three points we can expect management to address. 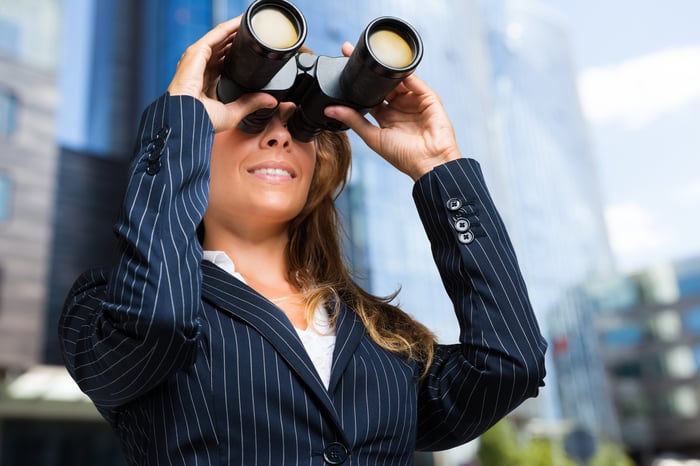 1. Making up for lost time

While Plug Power reported a 19.4% year-over-year decline last quarter in gross billing (revenue before removing provisions for common-stock warrants), management didn't seem overly concerned. Although disappointed with the results, CEO Andy Marsh chalked up the lackluster performance to the timing of a project financing deal that closed six days after the quarter ended. On the Q1 conference call, Marsh forecast the company would report gross billings of $55 million to $60 million in the second quarter. And he reaffirmed the 2019 gross billings forecast: $235 million to $240 million.

Raising expectations that the company would achieve its second-quarter forecast, Plug Power teased in a press release that Q2 2019 would represent the largest second quarter in company history. According to management, the company will deploy approximately 2,000 fuel cell units in the quarter -- a 70% increase over the same period in 2018.

Besides the company's top line, investors should watch the bottom of the income statement. Although this is a perennial consideration for the company, which always reports a loss, checking the earnings before interest, taxes, depreciation, and amortization (EBITDA) is especially important considering management's 2019 forecast of positive adjusted EBITDA. If this is accurate, 2019 would be the first year the company has achieved this level of profitability.

In Q1, Plug Power reported a year-over-year improvement in adjusted EBITDA: The loss narrowed from $10.8 million in Q1 2018 to $6.1 million. Although it's possible, I'd be surprised if the company reports positive adjusted EBITDA in the second quarter considering its track record. Instead, I'm looking for EBITDA to improve from Q1, inching closer to breakeven. After all, Marsh also stated that the company is expected to report continuously positive adjusted EBITDA beginning in the third quarter.

After reporting operational cash flow of negative $36 million in Q1, management appears confident that the remainder of the year will reflect better performances on this metric. How much better? In the Q1 letter to shareholders, management forecast that "operating cash flows for the full year may be somewhere between slightly negative to slightly positive."

To put the boldness of that cash flow forecast into perspective, consider that over the past five quarters, Plug Power has reported average quarterly operating cash flow of negative $19 million. And of those quarters, the company generated positive cash flow in only one: Q3 2018, when it generated $4 million. In order for the company to achieve the lower end of the cash flow forecast, it will have to average positive operational cash flow of about $11 million in the remaining quarters of 2019. And considering its recent performances, that seems rather unlikely.

Plug Power's 2019 gross billings forecast certainly seems attainable considering the company's history of consistent revenue growth. But whether it attains its forecast levels of adjusted EBITDA and cash flow seems much more uncertain. Nonetheless, it's possible that the fuel cell specialist reports a stellar quarter and shows tremendous progress in these metrics. It's crucial to remember, though, that one quarter doesn't indicate that the company has completely righted its ship; it will take several more quarters of continued success to prove that fuel cells can be a lucrative enterprise.