Please ensure Javascript is enabled for purposes of website accessibility
Log In Help Join The Motley Fool
Free Article Join Over 1 Million Premium Members And Get More In-Depth Stock Guidance and Research
By Dan Caplinger – Aug 1, 2019 at 11:42AM

More people than ever enjoy power sports of all kinds, and whether you ride a motorcycle, all-terrain vehicle, snowmobile, or mountain bike, there's a ton of value in having good shock absorption and suspension systems in the vehicles you use to enjoy them. For decades, Fox Factory Holdings (FOXF -3.33%) has made it its business to engineer suspension systems that will get the job done for a wide variety of applications, and the company has thrived as more customers realize how important those systems are.

Coming into Wednesday's second-quarter financial report, Fox Factory investors knew they wanted to keep seeing the strong growth in revenue and earnings that has gotten them excited about the company's prospects for a long time. Fox Factory's numbers looked solid, and despite a less-than-welcome reception from investors, favorable conditions in the industry suggest the good times could last well into the future. 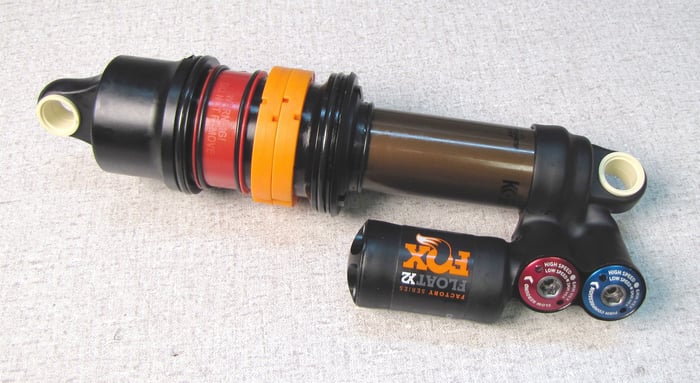 Fox Factory's second-quarter results were consistent with the strength that investors have seen in the recent past. Revenue jumped 23% to $192.1 million, exactly matching what most of those following the stock had expected to see. Adjusted net income climbed at a similar 21% pace to $26.6 million, and the resulting adjusted earnings of $0.68 per share came in $0.02 higher than the consensus forecast among investors.

Although much of the company's growth came from the OEM side of the business, Fox also had success selling products into the aftermarket sales channel. Aftermarket revenue rose 7% and made up almost 40% of Fox's overall sales.

However, the emphasis on OEM sales had a downward impact on margin figures. Gross margin fell seven-tenths of a percent on an adjusted basis, with Fox pointing to the lower levels of profit that it brings in from sales of products to North American manufacturers as a key detractor from margin. In addition, some manufacturing and supply chain inefficiencies hurt margin figures. A 16% rise in operating expenses stemmed from higher personnel costs as well as innovation efforts.

Can Fox keep speeding up?

CEO Mike Dennison was pleased with Fox's performance. "Our broad-based growth continued in the second quarter," Dennison said, "as we benefited from solid execution across the business that fueled record sales and profitability above our expectations." The CEO also noted that the diverse set of products Fox offers has done a good job of meeting the demand from its equally diverse customer base.

Fox's optimism showed up in its changes to its guidance. For the third quarter, the suspension specialist sees revenue of $200 million to $208 million, with adjusted earnings coming in between $0.75 and $0.80 per share. Fox also boosted its full-year projections, now expecting $728 million to $743 million in revenue and $2.56 to $2.64 per share in earnings on an adjusted basis. Those numbers were about $10 million high on the sales front and $0.02 to $0.04 per share above previous guidance for earnings.

Somewhat surprisingly, Fox Factory shareholders weren't entirely comfortable with those results, and the stock opened significantly lower on Thursday morning following the Wednesday night announcement. Yet with so much demand for its products, there's every reason to think Fox Factory has even more growth prospects in store for the remainder of the year and beyond.