Please ensure Javascript is enabled for purposes of website accessibility
Log In Help Join The Motley Fool
Free Article Join Over 1 Million Premium Members And Get More In-Depth Stock Guidance and Research
By Rich Smith - Aug 2, 2019 at 10:33AM

Oshkosh earnings roar -- but where's all the cash?

Oshkosh also beat on sales, and then proceeded to raise its earnings guidance for Q4 and the year as a whole. Yet despite this good news, investors seemed confused, and sold off Oshkosh stock. For that matter, even Wall Street analysts seemed confused, with one banker taking a look at Q3 earnings and downgrading the stock, while a different analyst saw a reason to buy.

Let's see if we can unravel this tale. 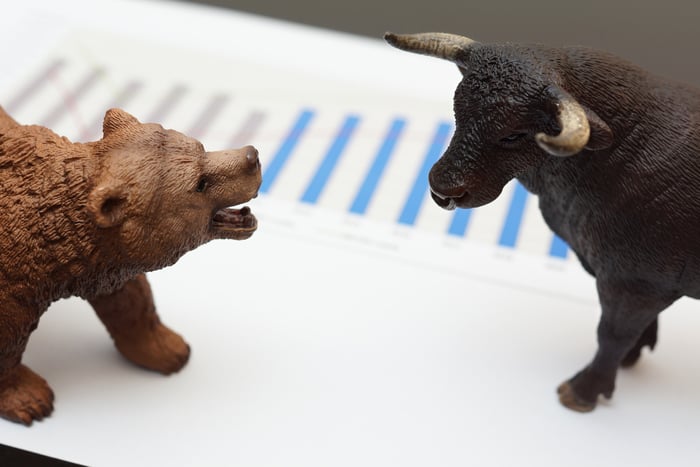 Oshkosh's earnings report for fiscal Q3 2019 appears at first glance to be a tale of unabashed success. Compared to the $2.05 per diluted share that Oshkosh earned in last year's Q3, earnings calculated according to generally accepted accounting principles (GAAP) jumped 33% to reach $2.72, and sales grew 10% to $2.39 billion. Management noted that sales increased in each of its four major business units, with "double-digit growth in operating income in our access equipment and fire & emergency segments" in particular.

Considering that analysts had predicted Oshkosh would earn only $2.37 per share on sales of only $2.29 billion, this sounds like pretty good news.

The news got even better when management turned to its forecast for the remainder of this year, raising guidance for full-year fiscal 2019, and predicting it will end the year with between $760 million and $775 million in operating profit, GAAP earnings per share between $7.80 and $8.00, and pro forma profit between $7.90 and $8.10 per share. (Wall Street is still looking for only $7.70.)

Despite the clear earnings beat, Wall Street analysts had different opinions on the stock. Analysts at investment bank Evercore ISI quickly upgraded Oshkosh to outperform and assigned a $79 price target to the stock (4% higher than the closing price). Much later in the day, however, TheFly.com reported that KeyBanc downgraded Oshkosh to sector weight (i.e., neutral).

The analyst praised the company's execution and noted potential, but worried about things including macro forces putting pressure on the business.

After reviewing the numbers, I've found my own reasons for concern.

Honey? Who shrunk the cash?

The answer to why Oshkosh might not be quite as obvious a buy as it at first appears lies not on Oshkosh's income statement, which as already noted now sparkles with a bumper crop of earnings growth -- and predictions of more to come. Rather, the answer is found on the company's cash flow statement -- where the picture isn't nearly so pretty.

Consider: Over the first nine months of fiscal 2019, Oshkosh has racked up GAAP profits of $429.4 million -- 34% more profit than it had earned by this time last year. However, the contents of the company's cash flow statement suggest that these "profits" may not be all they're cracked up to be.

Actual operating cash flow for the past nine months amounts to only $105.8 million, less than half the $220.2 million in cash Oshkosh generated in the first nine months of fiscal 2018. At the same time, capital spending has ramped up, from $56 million by this time last year to $69.5 million as of today.

Result: Free cash flow at Oshkosh year to date amounts to only $36.3 million, a 78% decrease from the $164.2 million in cash profit Oshkosh generated in the first three quarters of fiscal 2018. And if things continue going the way they have been, the company could end the year with no more than $48.4 million or so in cash generated by its business -- a mere fraction of the "$760 million to $775 million" in "consolidated operating income" that management is promising.

Thus, while on the one hand Oshkosh stock looks rather cheap at less than 10 times anticipated full-year net income this year, on the other hand, Oshkosh's current market capitalization of $5.3 billion is more than 100 times the $48 million and change in free cash flow the company is tracking toward by year-end.

Oshkosh's dramatic slowing in cash production suggests the stock is not nearly as cheap as meets the eye -- and not nearly as strong of a buy as Evercore ISI believes it to be.