Starting with the top-line performance, American Axle's sales declined to $1.7 billion during the second quarter, a result that fell short of the prior year's $1.9 billion mark and below analysts' estimates of $1.78 billion. Adjusted earnings per share dropped significantly from the prior year's $1.23 to $0.55 during the second quarter, just missing consensus estimates of $0.57 per share. 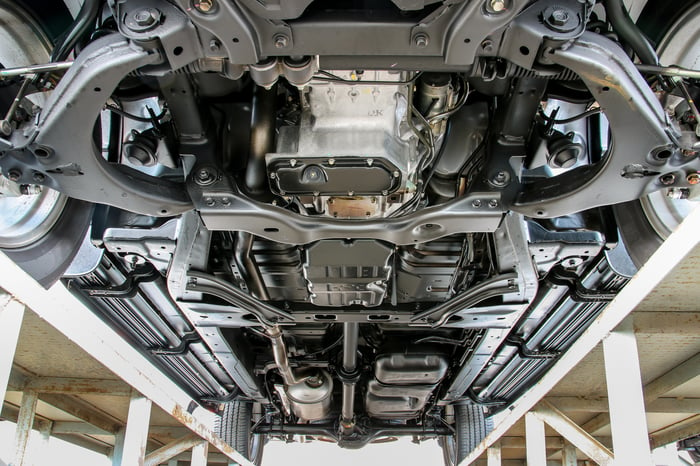 "In the second quarter of 2019, AAM continued to improve its operational performance with sequential quarterly margin increases and strong free cash flow generation. However, we exited the second quarter with softer sales than anticipated and we expect this to continue to impact us in the second half of 2019," said AAM's chairman and chief executive officer, David C. Dauch, in a press release.

With a gloomy outlook for the second half of 2019, management was forced to cut guidance. Management now sees 2019 sales in the range of $6.9 billion to $7.0 billion, down from the prior range of $7.3 billion to $7.4 billion. Management also slashed its adjusted free cash flow guidance to $250 million from a range of $350 million to $400 million. AAM shares have slid nearly 50% lower over the past twelve months, and it's tough for investors to remain optimistic as global vehicle production and sales continue to slow.