Shares of American Axle & Manufacturing (AXL 7.07%), a leading global automotive supplier with roughly 80 facilities in 17 countries, are down over 12% Friday afternoon after the company released mixed fourth-quarter results and underwhelming guidance.

Sales declined 15.6% to $1.43 billion, compared to the prior year, missing analysts' estimates of $1.50 billion. Adjusted earnings per share checked in at $0.13, which was well ahead of analysts' predictions of a breakeven quarter. American Axle's stock price decline today was likely due to its subdued guidance: Management expects 2020 revenue between $5.8 billion to $6 billion, compared to analysts' $6.1 billion forecast. The company expects 2020 free cash flow of roughly $300 million, also below analysts' estimates of $323 million. Management noted there would be lower production in China as a result of the coronavirus outbreak. "AAM delivered solid operating and cash flow performance in 2019, as we adjusted our operations for lower global production volumes and the GM work stoppage," said AAM's chairman and CEO, David C. Dauch, in a press release. 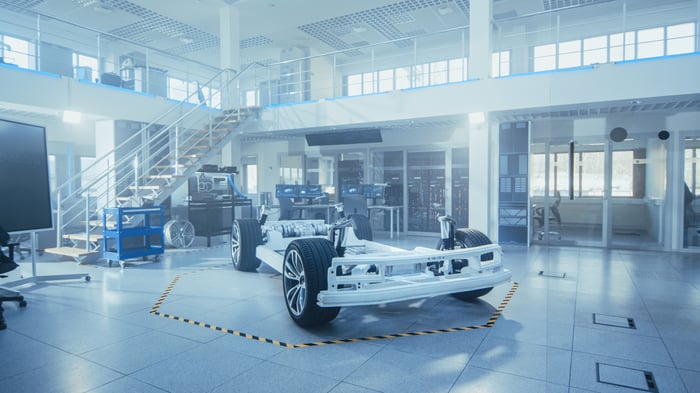 Management plans to double down on free cash flow generation and debt reduction in 2020, as well as develope more advanced propulsion products to help stoke demand even as the U.S. automotive market plateaus. The company is less dependent on General Motors than it has been historically, and its cost structure gives flexibility during years of lower vehicle production volume, but it's clear the near term could be choppy for investors as vehicle production and sales slow in the U.S. market. Friday's 12% decline is a continuation of its move lower as the stock has shed nearly 40% of its value over the past year alone.