Shares of American Axle & Manufacturing (NYSE:AXL), a Detroit-based global automotive supplier, declined more than 10% Monday afternoon, adding to last week's losses, after increasing trade tensions between the U.S. and China that could impact the company's business.

As trade tensions continue to escalate due to President Trump's threat to impose 10% tariffs on $300 billion of Chinese goods, it's leaving industries and markets battered and bruised Monday. Trump's threat led to China devaluing the yuan and asking for state-owned enterprises to halt the purchase of U.S. agricultural goods. And while the auto sector has taken a beating during escalating tensions between the U.S. and China, American Axle might be more connected to China than investors realize. For instance, just over a year ago American Axle launched a joint venture to build driveline systems in China as the company looks to expand its global presence. In 2018, American Axle generated roughly 9.3% of its total sales in Asia, with a little over 5% coming directly from China -- and increasing uncertainty with trade could easily weigh on the stock. 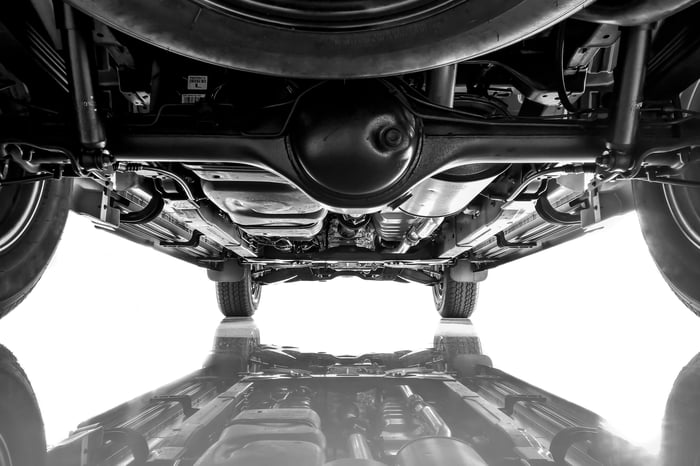 It's been a brutal five days of trading for American Axle, with the stock down more than 31% over that time. This includes a roughly 20% drop Friday morning before recovering some of those losses, after the company released disappointing second-quarter results as well as pessimistic guidance. Trade tensions aside, as that's out of American Axle's control, the company is struggling to sell investors on a growth story. Consider that sales to General Motors represented roughly 39% of American Axle's consolidated net sales during the first six months of 2019, and Fiat Chrysler Automobiles accounted for roughly 14% during the same time frame. With a substantial chunk of net sales coming from two major Detroit automakers at a time when the company's North America sales and profit engine is plateauing, it's understandable that investors are more ready to press the sell button as trade tensions increase.