Please ensure Javascript is enabled for purposes of website accessibility
Free Article Join Over 1 Million Premium Members And Get More In-Depth Stock Guidance and Research
By Daniel Miller - Nov 1, 2019 at 11:27AM

Revenue declined 7.7% to $1.68 billion during the third quarter, falling short of analysts' estimates. Despite the top-line miss, AAM's adjusted earnings per share checked in at $0.58, easily beating estimates calling for $0.47 per share. General Motors ( GM 0.22% ) is AAM's largest customer, and the worker strike and production halt caused an unfavorable financial impact. AAM estimates the GM work stoppage cost the company roughly $57 million in sales during the third quarter and that the full impact will be around $250 million. 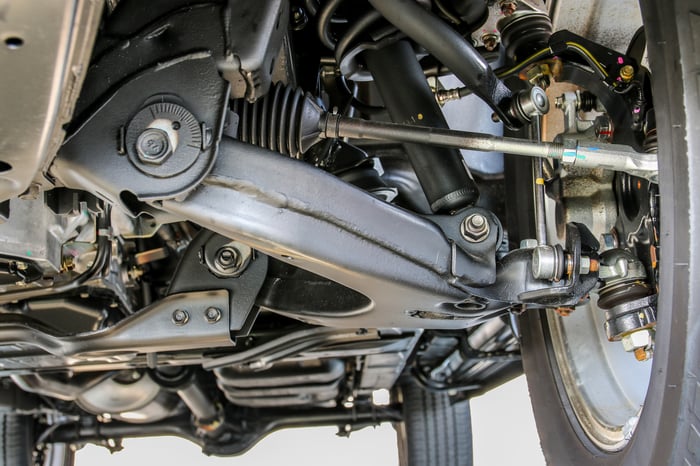 Those negative strike-related impacts caused management to lower full-year sales guidance from a range of $6.9 billion to $7 billion down to roughly $6.6 billion. Management also expects full-year adjusted EBITDA in the range of $950 million to $975 million, compared to analysts' consensus estimates of $1.03 billion. "The strong free cash flow generated during the quarter, along with the announced sale of our U.S. iron casting operations, position us to continue to deliver on our commitment to reduce debt and strengthen our financial profile," said AAM's chairman and chief executive officer, David C. Dauch, in a press release.

Today's pop in AAM's share price could have come about simply because results weren't as bad as anticipated. Shares traded roughly 5% lower during the trading session prior to the earnings release, and multiple analysts had lowered estimates during the quarter, so when AAM managed to beat bottom-line estimates, it was enough to power the stock higher. However, investors should take today's price jump with a grain of salt, as the auto supplier has shed nearly 30% of its value over the past year -- taking Friday's gains into account -- and the supplier will face challenges as North America light-vehicle sales plateau.