The toymaker's stock has got its game back.

Last month, shares of leading toy and game maker Hasbro (HAS -2.81%) jumped 14.7% (or 15.3%, including dividends), according to data from S&P Global Market Intelligence.

This performance makes the S&P 500's 1.4% return in July look like a low-rent district in Monopoly.

We can attribute Hasbro stock's strong performance last month to the company's release of second-quarter results that pleased investors. On July 23, shares soared to a closing gain of 10%, thanks to both revenue and earnings sailing by Wall Street's expectations.

As I wrote in my earnings take, "Revenue growth was driven by the company's new digital and esports initiative, Magic: The Gathering Arena, along with dependable staples Monopoly, Play-Doh, and Magic: The Gathering tabletop. Disney's (DIS -2.60%) Marvel franchises Avengers and Spider-Man also helped power growth." 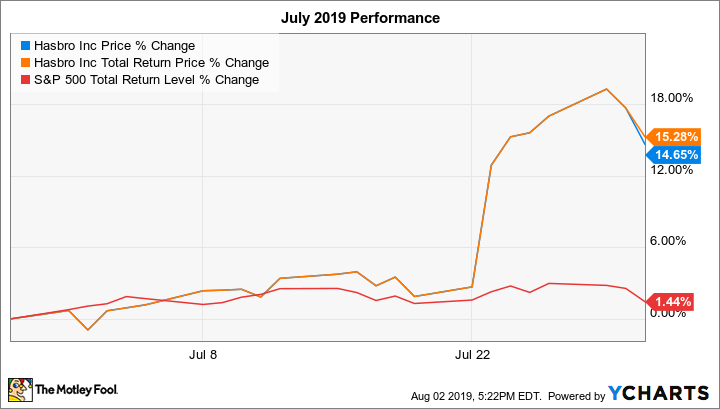 Thanks to two consecutive quarters of year-over-year revenue and adjusted earnings growth, Hasbro stock has bounced back nicely in 2019 after being torpedoed last year by the fallout from the Toys R Us bankruptcy and liquidation. 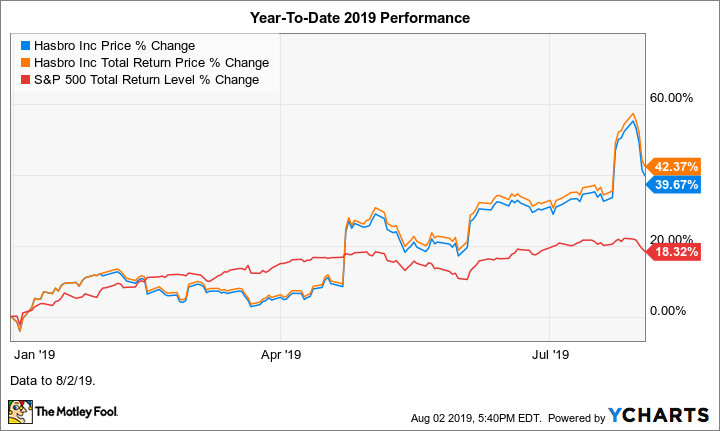