In the midst of the U.S.-China trade dispute, there has been much investor worry over how the impasse would negatively impact consumers in the developing Asian country. While it is coping with an economic slowdown -- which may or may not be the result of the trade war -- it is important to remember that slower economic growth is still growth. The sole licensee of Kentucky Fried Chicken and Pizza Hut, Yum China (YUMC 3.51%), spun off from former parent Yum! Brands (YUM 1.77%) back in 2016, just proved that the development of the Chinese consumer is still healthy -- if not in eating habits, at least financially.

A heavy-handed dollar weighs on results

After a rock-solid outing in 2018, results for Yum China have been a bit more muted this year. After a 4% increase in sales in the first quarter of 2019, the top line came in at 3% during Q2. Higher operating expenses driven by wage increases, and food and commodity inflation have kept a lid on the bottom line year to date, but a big rebound was reported in the second quarter with a 28% year-over-year advance. It all adds up to a pretty good first-half performance.

However, it's certainly worth noting that a strong U.S. dollar has taken a big bite out of Yum China's results this year. Since the company operates in China but reports in dollars, a strengthening currency here against the Chinese renminbi means lower results during the exchange. When excluding these effects, Yum China's revenue and adjusted earnings were up 10% and 26%, respectively, through the end of the second quarter.

Progress on the long game

Besides working toward its long-term goal of 20,000 locations across mainland China (there were net new 553 stores for a total of 8,751 at the end of June), Yum China has really been a tale of two chains: KFC and Pizza Hut. The former and its customized menu of fried chicken for the Chinese consumer continues to be a big hit, while the latter branding as an upscale pizza chain hasn't held the same appeal. In Q2, comparable-store sales at existing KFCs (which measures a combination of foot traffic and average guest ticket) was up 5%; and after another disappointing year in 2018 for Pizza Hut, the pizzeria just logged back-to-back 1% year-over-year increases in comps in consecutive quarters. 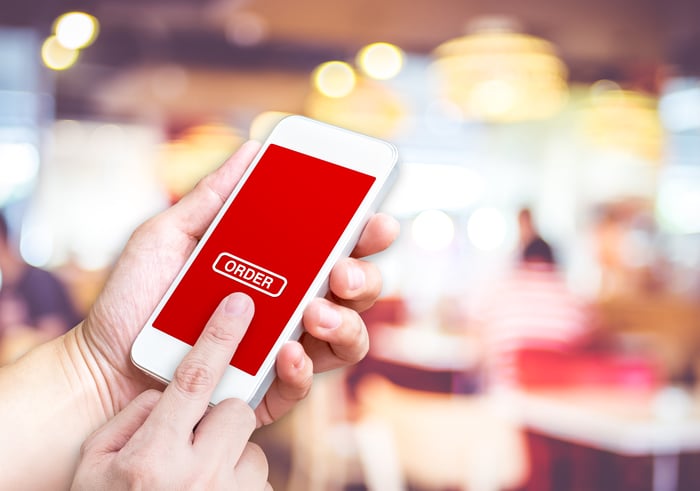 It certainly doesn't mean Pizza Hut is firing on all cylinders, but it is a rebound in an important metric that was a big contributor to the bottom line. Restaurant operating profit margin at the average Pizza Hut location was up to 12.9% year to date, a better than 2-percentage-point increase from the year prior. Perhaps 2019 marks the year pizza -- or at least Yum China's brand of it -- starts holding its own in the Middle Kingdom.

As for other strategic priorities, the KFC and Pizza Hut loyalty programs (which feed into the other objectives of increasing digital engagement and food delivery services laid out during the 2019 investor day) now have 185 million and 60 million members, respectively. That's a 50 million and 15 million year-over-year increase, and a huge following to boot -- although there's plenty of runway left with China's population well over 1.3 billion.

Coffee is also an emerging food trend, one that hasn't escaped this restaurant operator's notice. There are now 26 of the company's COFFii & JOY stores, and the updated guidance for 800 to 850 gross new openings during the 2019 calendar year reflects the positive results management has seen from the new concept so far, and its plans to up the pipeline of coffee shop openings. Though Starbucks and much more recent arrival Luckin Coffee have a head start, there's plenty of room for another competitor in the fast-emerging Chinese coffee industry.

In short, Yum China's results looked modest, but currency exchange rate headwinds hid another strong quarter driven by ever-popular KFC, signs of a rebound for Pizza Hut, and a potential third pillar in the small COFFii & JOY chain. With a long road ahead for expansion, China's largest restaurant company still looks like a promising stock.