Reporting revenue of $464 million, Yamana Gold (NYSE:AUY), an intermediate gold producer with assets spread throughout the Americas, beat analysts' estimate of $448 million; however, the company came up short on the bottom line. Whereas analysts were looking for earnings of $0.02 per share basis, the company reported earnings per share (EPS) of $0.01. 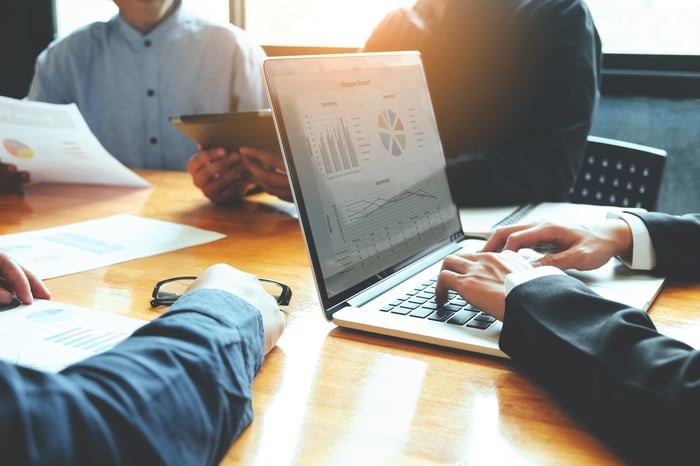 Consistent with its mineral production report from earlier in July, Yamana reported production of 257,556 gold equivalent ounces (GEO) for the second quarter, leaving the company well positioned to achieve its 2019 GEO production forecast of 1.01 million. While the year-over-year increases in gold and silver production of 4% and 66%, respectively, may seem alarming  for some investors, those familiar with the company will recognize that the increases are unsurprising as they reflect the recent commencement of commercial production at Cerro Moro.

Turning from the previous quarter to the remaining two in 2019, investors can expect Jacobina, located in Brazil, to perform better than the company originally expected. In late June, Yamana upwardly revised its 2019 gold production forecast to 152,000 ounces from 145,000 ounces as a result of the plant optimization project proceeding ahead of schedule. Additionally, management estimates the annual gold production rate will rise to approximately 170,000 ounces by 2021 at the current mineral reserves grade, representing a 21% increase compared to original 2019 production guidance of 145,000 ounces per year.

In a stark turnaround from its first-quarter performance, Yamana Gold reported strong cash flow in the second quarter. Whereas the miner reported operating cash flow of $12 million in Q1, it generated $148 million in cash from operations in the recently completed quarter. To further illustrate the company's strong performance, investors can look at the company's year-over-year improvement. In Q2 2018, Yamana reported operating cash flow of $102 million, or 23.5% of its quarterly revenue; however, in Q2 2019, the company converted 31.8% of revenue into operational cash flow. Although management doesn't disaggregate the data that reveals the cash flow generation of each asset, one can infer that the recent improvement is related to Cerro Moro, which management forecast would be a strong generator of cash flow.

Illustrating even more how lustrous the cash flow statement shined in the second quarter, Yamana reported free cash flow, before dividend and debt repayments, of $51.2 million -- a noteworthy feat considering the company has struggled for the past several years to generate positive free cash flow. 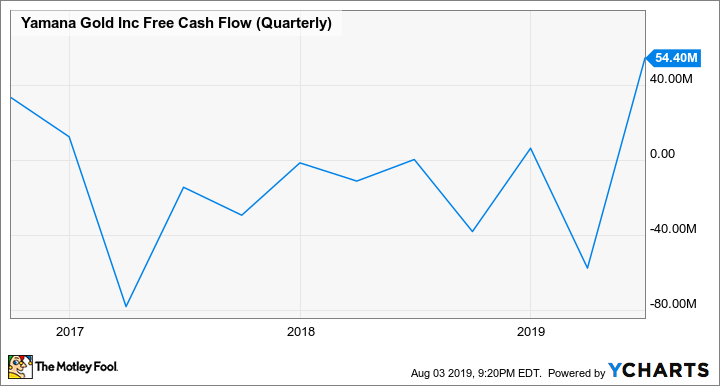 3. Digging out of debt

Turning from the cash flow statement to the balance sheet, investors found that Yamana succeeded in improving its financial health in the second quarter. Upon completing the sale of Chapada, Yamana repaid an outstanding balance of $385 million on a revolving credit facility. Yamana, moreover, reduced its net debt $13 million in Q2; consequently, it effectively deleveraged to the point of lowering its net debt-to-EBITDA ratio to 1.5. Apparently, management aspires to improve its financial health even more. On the Q2 conference call, Jason LeBlanc, Yamana's CFO, stated, "We expect further net debt reductions to follow in the near to medium term as we continue to generate free cash flow. As a result, we are confident in our ability to meet our leverage target of 1 by 2021 or potentially sooner."

The auspicious news regarding Jacobina's future may merely be the beginning. Management expects to complete a pre-feasibility study for Phase 2 of the plant expansion at Jacobina in the first quarter of 2020. According to current estimates, the implementation of Phase 2 would gradually increase Jacobina's annual gold production to at least 200,000 ounces, and up to 225,000 ounces per year by 2023 based on current mineral reserve grades.

In terms of the present, however, the company's strong cash flow generation and debt reduction suggest that Yamana remains one of the more compelling opportunities for investors interested in gaining exposure to gold.