Cannabis stocks have had one heck of a volatile year. This group of equities easily outperformed the broader markets in the first half of 2019, but a spate of scandals and unexpected managerial shake-ups ultimately sent valuations crashing back to Earth during the summer months.

Are there any clear-cut catalysts that could spark an industrywide turnaround this month? With this question in mind, we asked three of our Motley Fool contributors which top cannabis stocks they think investors should have on their radar screens in August. They picked Charlotte's Web Holdings (OTC:CWBHF), Canopy Growth Corp. (NASDAQ:CGC), and HEXO Corp. (NASDAQ:HEXO). Read on to find out why these three cannabis stocks arguably deserve your undivided attention this month. 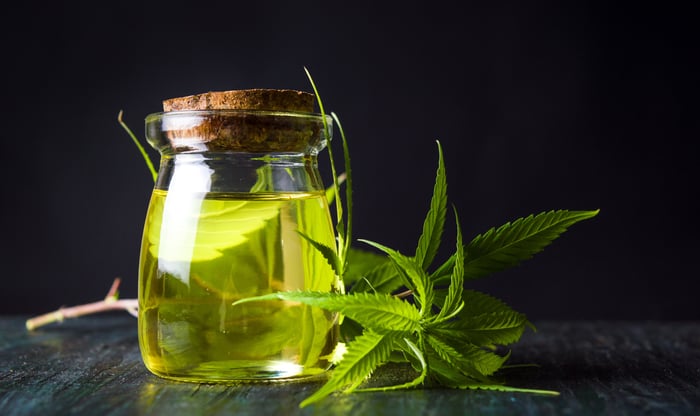 A CBD giant in the making

Firstly, the company recently announced a major distribution deal with grocery story giant Kroger. Kroger has reportedly agreed to offer the company's CBD-based products at a whopping 1,350 store locations in 22 states. This latest deal expands Charlotte's Web's distribution network to a sizable 8,000 major and specialty retail shops across the United States, giving it the biggest commercial footprint within its peer group by a wide margin. Investors, in kind, cheered this landmark distribution deal by bidding up the company's stock by 41% over just the last week.

Secondly, Charlotte's Web is scheduled to report its second-quarter earnings on Aug. 14, before the opening bell. Wall Street expects Charlotte's Webb to hit $26.3 million in Q2 revenue, which would represent a healthy 21% increase over the company's first-quarter sales.

That's a tremendous growth rate to be sure, but the company could see even bigger jumps in quarterly sales over the remainder of 2019. Charlotte Web's sales, in fact, are forecast to grow exponentially over the next few years due to its rapidly expanding distribution network and the rising demand for CBD-based products in general.

All told, Charlotte's Web is quickly becoming a central figure within the cannabis investing landscape thanks to its highly successful business model. Cannabis investors will certainly want to keep a close eye on this rapidly developing storyline.

A big cannabis producer that could have a big bounce

Keith Speights (Canopy Growth): All eyes will be on Canopy Growth on Aug. 14 as the company announces its fiscal 2020 first-quarter results. As the biggest cannabis producer in terms of market cap, how Canopy performs can send ripples throughout the industry.

I suspect Canopy will report better results in its Q1 update. The company had some supply issues in the last quarter that shouldn't be as problematic considering it doubled its harvest size from Q3 to Q4 and again doubled the harvest in Q1.

The future should look even brighter for Canopy Growth as key provinces, notably including Ontario, open additional retail stores. In addition, Canopy has more capacity coming online in its Denmark facility, which should help boost European medical cannabis sales.

Canopy Growth's shares have taken a beating in recent months in the midst of its multiple issues. However, I think those issues are temporary. Don't be surprised if this cannabis producer enjoys a big bounce soon.

Todd Campbell (HEXO Corp): Concern over its use of social media advertising on Snapchat that may run afoul of regulations as well as stricter-than-expected proposed rules for marijuana edibles in its most important market, Quebec, make HEXO a top stock to watch this month.

So far, Health Canada has said it's aware of HEXO's Snapchat ads, and HEXO has said in an email to Bloomberg that it's "scrupulous in adhering to rules and regulations surrounding cannabis promotion, both federally and provincially." If an official investigation reveals HEXO crossed the line in advertising its products, it could result in a fine, or worse, call into question its preferred supplier agreement in Quebec.

Similarly, Quebec's stance on edibles could call into question HEXO's guidance for sales of 400 million Canadian dollars in fiscal 2010 given that about 25% of that forecast is revenue from next-generation products, such as edibles. Historically, Quebec has accounted for most of HEXO's revenue, so rules that negatively affect plans to launch marijuana-derivative consumer goods could be needle-moving.

If the advertising "smoke" turns out to be a red herring without any merit, and HEXO reassures investors it can deliver on its sales outlook, then its $1 billion market cap may be too low. Especially since management plans to sell cannabidiol (CBD) consumer products in up to eight U.S. states beginning in 2020. However, there's no guarantee that happens, so investors will want to pay close attention to HEXO's press releases this month.