The e-commerce specialist notched a few key wins in the second quarter.

Wayfair (W 5.43%) is making a habit out of blowing past its own growth projections. Last Thursday, the e-commerce retailer announced far faster sales gains than management had forecast back in May, putting even more distance between itself and motivated rivals like Amazon and Home Depot.

Below, we'll take a closer look at the results, and why they amount to good news for the business in 2019 and beyond. 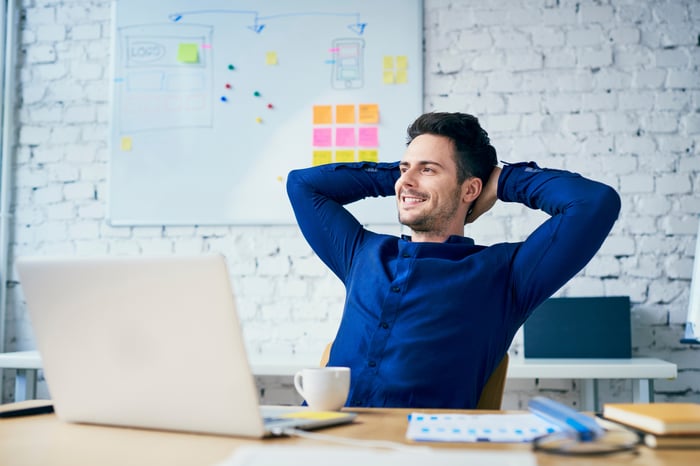 Getting back to engagement

Wayfair added $691 million to its sales base to push revenue up 42% to $2.3 billion. Those results exceeded management's May guidance predicting a 35% increase and translated into big market share gains across several home furnishings niches.

Its active customer base jumped 39% to 18 million shoppers, which is impressive on its own. But other engagement metrics implied branding strength beyond just the raw growth numbers.

Specifically, Wayfair notched higher revenue per customer and saw a jump in repeat orders. Both of those figures took a rare step lower in the previous quarter. Executives said the success was directly tied to recent spending on improvements to the delivery network and the shopping experience in general. "We are seeing our investments across the business drive greater and greater value to our suppliers and customers," CEO Niraj Shah said in a press release.

Wayfair's increased advertising spending was a yellow flag in the first-quarter report, since it suggested the company might be forced to pay up to keep its order pace rising. Rivals like Overstock.com have been stepping up competitive attacks, after all. And large national brands including Amazon and Home Depot are targeting the same growth space.

Wayfair eased that concern last week by posting a significant decrease in marketing spending. The metric fell to 11.1% of sales from 12.5% in Q1. That's below the average of the last two years, and so there's less reason to worry about a bidding war breaking out over the pool of home furnishings shoppers. Instead, the trend supports management's claim that ad spending will eventually fall to around 7% of sales.

Meanwhile, the company continued spending aggressively on hiring across its engineering, logistics, and sales departments. Yet these costs fell to 12.5% of sales compared to 13.5% last quarter. Combined with the lower advertising spending, this improvement allowed bottom-line adjusted losses to improve to 3% this quarter from 5.3% last quarter and 3% for the broader 2018 year.

Wayfair's move into the international markets of Canada, the U.K., and Germany continues to show promise, but growth trends are slowing. Sales are up about 40% through the first half of the year, in fact, compared to 2018's 70% increase.

Shah and his team said last quarter that a sluggish Canadian market was the main factor behind the slowdown and that the challenge is likely to keep a lid on international growth for most of 2019. Yet the business is slowly climbing toward the black, with adjusted losses improving to $70 million this quarter, or 20% of sales, from $74 million, or 26% of sales, in Q1. The U.S. market, in comparison, is running at the exact break-even point right now.

Overall, these results don't give investors clarity about when Wayfair might begin cranking out sustainable profits. But they confirm that the company is winning market share while funding its own investments in the global delivery network. That massive sales base and proprietary supply chain will be valuable assets in its fight to build a defensible brand position.