China was a big factor in the quarterly win, but business should cool off in the rest of 2019.

In a world increasingly racked with cross-border disagreements and trade scuffles, here is one piece of good news: Universal Display (OLED 4.11%) is selling more product to Chinese firms. However, the OLED display patent holder and materials seller did admit strong sales to the world's most populous country were in large part due to some of its customers making purchases sooner than later over worry that U.S.-China trade issues would escalate.

The bad news is that they were right. It was a big win for Universal Display in the quarter, given that the overall market for next-gen display tech continues to grow, but don't expect the same knockout performance next go-around -- at least not from China -- as trade disputes ratchet up the heat.

Adjusted revenues (which allow for accounting changes made at the start of this year) grew 63% to $119.8 million in the second quarter, leading to an adjusted earnings-per-share gain of 76%. While licensing revenues more than doubled as display manufacturers continue to invest in OLED capabilities, the sale of materials used to make such displays is where it's at for Universal. Material sales made up $78.3 million of the grand total, and gross profit margin on those sales was at 71.9%.

Admittedly, that was a decrease from the 76.2% profit margin during the first quarter of 2019; but some of that decline was due to an additional $4.2 million inventory charge that didn't occur in the comparable period last year. Either way, materials continue to be a lucrative part of Universal's business as the adoption of new display technology slowly advances.

Also of note was that management said it estimated $15 to $20 million worth in materials was pulled from the second half of 2019 outlook into the second quarter. Chinese customers were the reason, with the U.S.-China trade war blamed for the advance purchasing. While not a huge number in the grand scheme of things, it's a significant sum of money for Universal Display at this point. Nevertheless, though sales may have just been shifted around the calendar, management increased its guidance for full-year 2019 anyway, bumping its expected adjusted total up to $425 million to $435 million (compared to a $405 million to $425 million outlook prior). 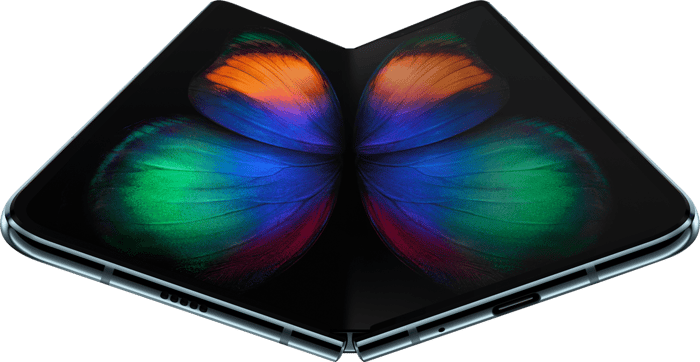 OLED is the long game

In spite of the changing landscape as a result of ongoing disputes between the U.S. and China, Universal Display's raised outlook underscores the fact that OLED is where the display industry is headed. At the midpoint of adjusted guidance, sales should increase 32% over 2018 as South Korean companies like Samsung (OTC: SSNLF) and LG Display (LPL 1.90%) bring new manufacturing facilities online and increase their purchases of materials for the creation of new TVs, laptops, wearable devices, and other OLED-based lighting. That would imply moderating year-over-year growth in the next two quarters but still a more-than-respectable trajectory that should lead to even higher earnings growth.

And though China has become a bit of a question mark, the long-term picture remains positive as the country adopts new display technology to keep up with the times. Universal CEO Steven Abramson said that 10 OLED manufacturing plants are expected to come online in China over the next three years. That's over and above the new facilities that have been built by South Korean counterparts, since global demand for OLED is expected to keep replacing legacy display solutions.

It all plays into the hands of Universal Display, which is investing in better OLED materials to keep up with its customers' demands as well as disruptive new technologies via its new venture capital division. As the rest of 2019 unfolds, trade tensions could cause some hiccups, and overall revenue growth is expected to cool off a bit from the torrid pace set during the first half. But Universal nonetheless looks like a good bet for the long haul while the massive digital display industry goes through a long and slow cycle of upgrades.