PepsiCo (NASDAQ:PEP) has proven to be a good investment for investors over the years, even in the face of the recent decline in soda consumption. Over the past decade, the beverage and snack giant has returned over 10% annually, and it's offering 16% returns so far this year.

But there just might be other, better opportunities -- and ones that pay a dividend yielding more than PepsiCo's 3%. Check out why Sanofi (NASDAQ:SNY), Realty Income (NYSE:O), and Dick's Sporting Goods (NYSE:DKS) could be those stocks. 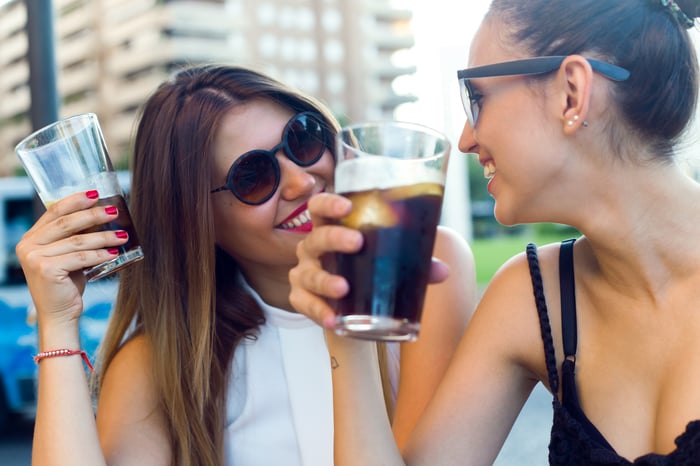 George Budwell (Sanofi): PepsiCo has definitely earned its stripes as a dividend stock. However, there are a few large-cap stocks that offer a broadly similar level of security as a passive income vehicle, and an even richer yield. French drugmaker Sanofi, for instance, recently marked the 25th consecutive annual increase to its dividend program, resulting in a monstrous yield of 4.11% at current levels.

Should income investors pounce on this juicy yield? Sanofi's shares are presently trading at a little over 12 times next year's projected earnings, which is fairly reasonable for a big-pharma stock. The company is also experiencing a resurgence of sorts from a top-line perspective due to its breakout eczema medication, Dupixent. In fact, this single drug was the main reason Sanofi recently decided to up its 2019 earnings guidance.

On the flip side of the coin, the drugmaker's sizable acquisition of Biogen's hemophilia spin-off Bioverativ has already run into serious trouble, thanks to unexpectedly stiff competition from Roche Holding's new star Hemlibra. And Sanofi's core diabetes franchise is another sore spot due to patent expirations for former stars like Lantus. Put simply, Sanofi does have its fair share of risks that income investors shouldn't lightly brush off.

Fortunately, Sanofi's newer drugs are forecast to push the company's top line into positive growth territory starting next year, despite these headwinds. And that rosy growth forecast arguably bodes well for the sustainability of the company's top-notch dividend program. Therefore, income investors with a moderate appetite for risk may want to consider adding this top pharma stock to their portfolios.

Keith Noonan (Realty Income): Billing itself as "the monthly dividend company," Realty Income has certainly lived up to that self-given moniker. The company has paid a dividend for 588 months straight and delivered payout increases in 87 consecutive quarters. Granted, its payout growth tends to proceed at a less-than-breakneck pace -- its dividend climbed roughly 24% over the last five years; it was a respectable 59% over the last decade. But that's not too much of an issue when shares are already yielding roughly 4%.

As you might have guessed from the name, Realty Income is a real estate investment trust (REIT) and generates its income from leasing out commercial retail properties. Thanks to accounting and operating guidelines that require REITs to return at least 90% of their income to shareholders, the company would have trouble cutting its dividend even if it wanted to.

So long as Realty Income continues to gradually increase its earnings, investors can look forward to its impressive dividend-growth streak continuing. The outlook on that front is promising. While ongoing growth for e-commerce is likely to continue putting the squeeze on a wide range of brick-and-mortar retail outlets, Realty Income has built a base of commercial lessees that are in good position to weather the rise of online shopping. Businesses like gyms, gas stations, pharmacies, and dollar stores are relatively sheltered from the disruptive force of e-commerce, and the REIT's near-record-high 98.3% occupancy rate is proof that it's holding up well even as online retail is gaining ground.

Rich Duprey (Dick's Sporting Goods): Choosing Dick's Sporting Goods at this point in the trade war -- when China has just hit back hard on President Donald Trump imposing the next round of tariff hikes on so-called List 4 goods -- makes this a most contrarian pick. Yet it's one I think will ultimately pay off.

The sporting-goods retailer has seen its business steadily improve over the past year, as apparel from companies like Nike and gear from Yeti Holdings helped boost sales from perennial underachiever Under Armour (whose recent second-quarter report did nothing to dispel that label).

When tariffs went to 10%, Dick's was able to negotiate with its vendors and mitigate much of the increase. But now they'll go up to 25% across a broad range of goods. So even if Dick's negotiates with the new vendors affected, CEO Edward Stack says consumers will suffer from "sticker shock," and they'll undoubtedly take a step back to assess their spending.

Yet Dick's was also conservative in its guidance for the full year, mindful of the potential for new tariffs to come, even as it was raising its forecast.

Trade wars never benefit anyone and the consumer always suffers most, but this will eventually pass despite the pain it causes in the short term. Dick's Sporting Goods has seen its business grow, and though it will undoubtedly take a hit, the hit may not be as bad as many believe. The company has prepared for the eventuality and should come out stronger on the other side, ready to continue its growth track.