The first thing to know: Boston Beer isn't doing well because of beer.

Boston Beer (SAM -1.91%) shareholders had a pretty good time in July, with a "beat and raise" quarter helping to lift the stock nearly 2% by the month's end.

Now, the bad news is that the sharp sell-off early this month had erased all its gains by Monday's close. But the good news is...one banker thinks Boston Beer will recover its losses -- and then some. 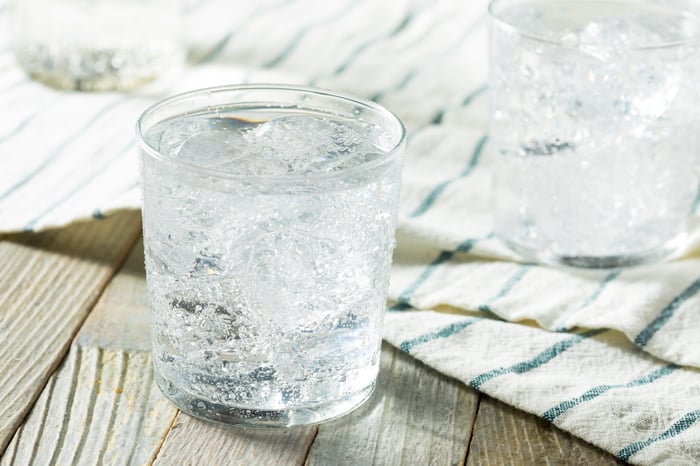 Australian investment banker Macquarie is the analyst in question, and this morning, it upgraded its rating on Boston Beer stock from neutral to outperform, as CNBC reports.

According to Macquarie, Boston Beer shares deserve "a 135% premium to the SP500" because the company is set to grow its sales at about 15% annually over the next three years, and to grow its earnings even faster -- 24% per year. And I have to say that that makes sense.

After all, the S&P 500 as a whole is looking at only about 7.1% annualized sales growth and 9.7% earnings growth over the next few years, according to analyst estimates. If Boston Beer is going to increase sales and earnings more than twice as fast as the average S&P stock, then it seems only fair to accord it a bit of a "premium."

But premium to what, exactly?

CNBC doesn't say. But if you consider that the price-to-earnings ratio on the S&P 500 right now is about 21.3, well, a "135% premium" to that would work out to a P/E of 50 on Boston Beer stock. With shares of the braumeister currently costing closer to 42 times earnings, that makes for significant upside.

Popping the cap on Boston Beer

The question still remains, though, as to precisely why Boston Beer stock will grow as fast as Macquarie believes it will? The answer: Hard seltzer.

Apparently, hard seltzer is a "thing" now -- the 2019 alcoholic analog to the La Croix sparkling water craze that swept the nation over the past few years. What's more, it's a thing that's working to Boston Beer's benefit.

Boston Beer's Samuel Adams brand, Duprey noted, is in its "fifth year of decline." In contrast, though, the company's Truly brand of hard seltzer is growing "beyond our expectations," according to CEO Dave Burwick, and is now Boston Beer's "new leading beverage." In fact, Truly sales are going so well that the company has had to hire more temporary workers just to help ship all the cans of Truly that customers are clamoring for!

All this added up to a 16% jump in revenue for Boston Beer last quarter, faster even than the growth rate that Macquarie is projecting for the company over the next three years. And with Truly sales continuing to sparkle, the alcoholic beverage specialist has told investors to expect a return to profit margin growth as the year progresses.

But is that good enough?

With $111 million in trailing profits, a market capitalization of $4.7 billion, and a P/E ratio of 42, even taking Macquarie's 24% projected earnings growth rate as a given (and most other analysts think Boston Beer won't grow faster than 22%, according to S&P Global Market Intelligence), that leaves Boston Beer stock trading for a 1.75 PEG ratio -- almost twice the 1.0 ratio generally considered the threshold for a "value" stock.

Worse, Boston Beer's trailing free cash flow number is only about $90 million right now -- nearly 20% below reported net income. Valued on free cash flow, the stock sells for closer to a multiple of 52, which is even more expensive than the P/E makes it appear.

Long story short: While I agree with Macquarie that Boston Beer might be worth more than the average stock, that still doesn't make it cheap -- and doesn't make it a buy.