The company is also continuing to add value to its platform by opening it up further to developers.

HubSpot (HUBS 1.29%), a cloud-based sales and marketing platform specialist, released its second-quarter results on Aug. 6. The company's sales increased 33% year over year to $163.3 million and easily outpaced management's guidance, which was between $156.5 million and $157.5 million.

HubSpot's diluted earnings per share of $0.37 also exceeded management's forecast of $0.25 per share at the midpoint. The company's strong second quarter was fueled primarily by HubSpot's subscription revenue segment, which grew 34% and accounted for more than 95% of its total sales. 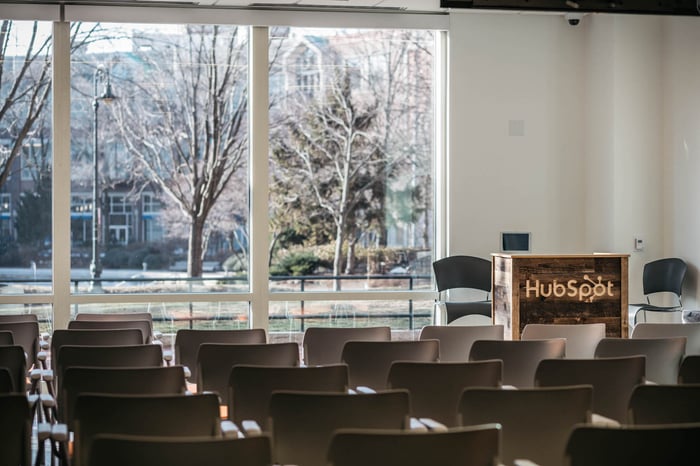 HubSpot's management spent some time on the quarterly earnings call talking about how the company plans to continue engaging its growing list of customers. HubSpot now has more than 300 app integrations that its customers can add on to their HubSpot software. CEO Brian Halligan said:

This year we're adding fuel to the platform fire by opening up even more API coverage and significantly increasing our investments in the overall developer experience. Through our partners we'll be able to do more and our customers themselves will be able to do more. We're just getting started here; there is a lot of promise to increase the value we provide to our customers over time.

Halligan said that the more users HubSpot has, the more attractive the platform is to developers to build more apps, which, in turn, will continually make the product more appealing to customers.

He also talked a bit about the company's recent focus on the enterprise segment and said that the "new products are doing a better job of matching the requirements of that market. And I feel like we're just getting started in there."

HubSpot's management expects revenue in the third quarter to be in the range of $168 million to $169 million and non-GAAP earnings per share to be between $0.22 and $0.24.

The midpoints of HubSpot's third-quarter guidance would represent a 28% year-over-year increase in sales and a 35% spike in non-GAAP earnings.