Analysts had predicted that Middleby would earn $1.76 per share on total quarterly sales of $767.4 million. Middleby's actual earnings came in a dime short at $1.66, and sales also lagged -- $761 million. 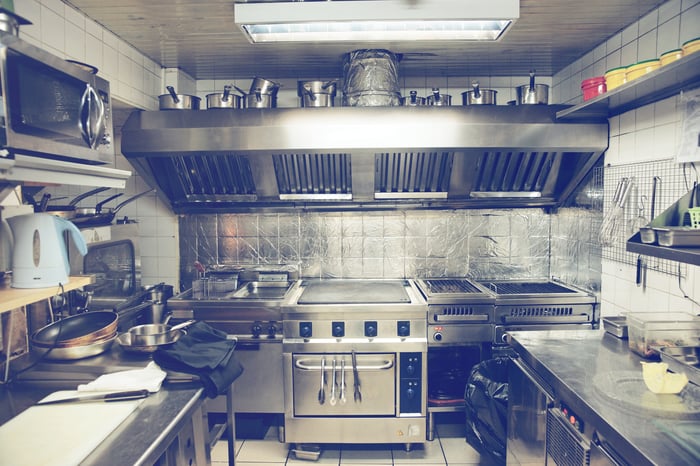 This is not to say, however, that Q2 was a bad quarter. Profits may have missed estimates, but they still grew a respectable 10% in comparison to Q2 2018 earnings. Sales, also short of estimates, nonetheless grew 14%.

Of course, just a glance at those numbers will suffice to tell you that earnings did not grow as fast as sales, indicating weakening profit margins. Middleby noted in its report that earnings were hurt somewhat by "restructuring expenses and acquisition related inventory step-up charges," as well as by unfavorable foreign exchange rates, and "increasing materials costs related to tariffs."

That being said, CEO Timothy FitzGerald reassured investors that "expanding margins remains a priority" -- and he will need to.

After missing analyst estimates for 16.6% earnings growth in Q2, Middleby faces an even higher hurdle in the third quarter, when Wall Street will be expecting to see Middleby earn considerably more than it earned in the most recent quarter -- and grow its earnings at a blazing hot 36.6% year over year.

Middleby's habit of not providing specific earnings guidance for the coming quarter means management wasn't able to offer any reassurance that Middleby will hit this even more difficult target, however. Today, investors expressed their own lack of confidence by selling the stock.