Shares of Middleby (MIDD -1.60%) rose 17.9% in August, according to data from S&P Global Market Intelligence. The maker of cooking, cleaning, and food storage equipment for professional kitchens and home cooks alike posted strong second-quarter results, but the earnings-based gains were diminished by a deep dip into new debt papers.

The company behind well-known brands such as Viking ranges, Toastmaster toasters, and quick-cooking Turbochef ovens saw second-quarter sales fall 38% year over year, but your average analyst had expected a deeper revenue drop of roughly 41%. The bottom-line story was similar, as Middleby's earnings fell 68% to $0.55 per share but analysts would have settled for $0.41 per share.

CEO Tim FitzGerald said the COVID-19 pandemic weighed heavily on these results but that Middleby is adapting to the slow sales by cutting costs. Demand for new equipment started to build in July for some types of machinery, like pizza ovens and quick-serve fryers. 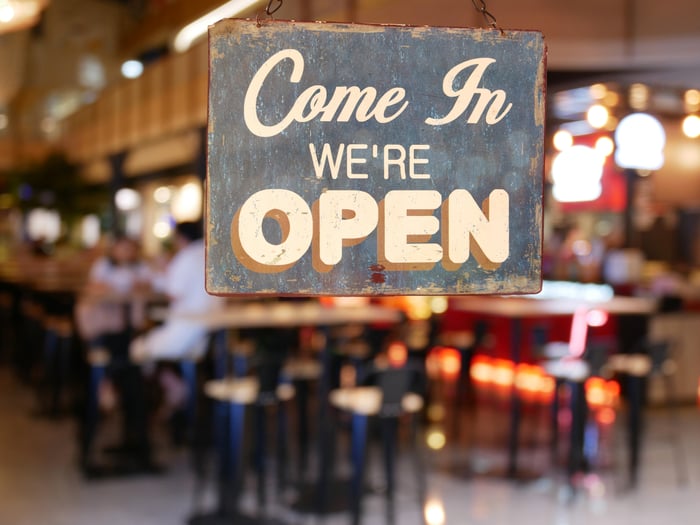 The stock lost some of its upward momentum two weeks later when Middleby raised $650 million on the debt market. The proceeds were earmarked for paying off high-interest revolving credit loans and general corporate purposes. The stock fell 10% over the next three days as investors and analysts mulled the implications of that move.

Middleby's stock has more than doubled since the market bottom in March but it still looks cheap at 13 times free cash flow and 18 times forward earnings. The road ahead may be rocky for several quarters as the restaurant industry works its way through the coronavirus pandemic. Armed with a refinanced debt load and positive profits even in the troubled second-quarter report, Middleby seems likely to continue rising from here in the long run. I thought the stock was a strong buy last December and it's even more tempting at these deeply discounted prices.

Selim Bassoul, former CEO, chairman, and president of Middleby, serves as Chief Innovator at The Motley Fool. Anders Bylund has no position in any of the stocks mentioned. The Motley Fool owns shares of and recommends Middleby. The Motley Fool has a disclosure policy.