The wild momentum for the stock of Roku (ROKU) continued in its second quarter as revenue increased 59% year over year, driven primarily by an 86% increase in platform revenue (sales mostly from advertising, subscriptions, and transactions on its platform). The company's top and bottom lines both crushed management's own guidance and analysts' consensus estimates for the period. Share surged on the news.

In the company's second-quarter shareholder letter, management discussed these results in detail while also analyzing some of the key drivers behind its breakneck growth. Here are three must-see takeaways from the letter. 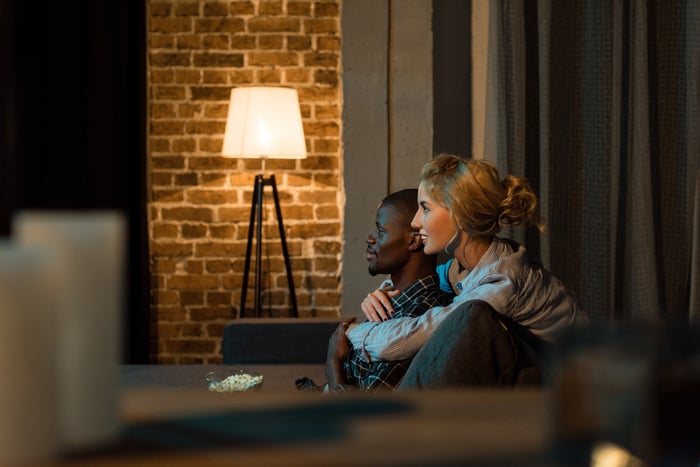 The company is benefiting from a combination of growth in cord-cutting and the rising popularity for marketers to spend on connected TV ads.

About 3.5 million households in the U.S. moved away from traditional linear television between March 2018 and February 2019, the company said in its update.

It isn't simply among the leaders in the U.S. for streaming devices -- it dominates the market.

"Last month, Strategy Analytics reported that the Roku operating system powers 41 million [over-the-top] devices and smart TVs in the U.S," Roku said. "This is 36 percent greater than the next closest competitor and [is] expected to grow."

There's good reason to expect Roku's lead over the competition to keep widening. It has an inherent advantage in attracting investment from publishers and advertisers since it is a pure-play streaming-TV platform. Its major competitors, such as Apple and Amazon.com, may have compelling streaming devices. But they are also aiming to make money on their own content, meaning they are competitors with publishers that come to their platforms. Roku, on the other hand, has more-objective positioning by refraining from creating its own original content or streaming services.

Though Roku's platform revenue accounts for the bulk of its business, it was good to see impressive performance from the company's player business (sales of its over-the-top streaming devices).

This Q2 growth rate was a significant acceleration compared with 21% year-over-year growth in player unit sales in Q1.

To drive player sales and growth in active users, Roku has been pricing its players aggressively, evident by its declining average selling prices. This is on purpose -- part of a strategy "to maximize gross profit and not gross margin," management explained.