Please ensure Javascript is enabled for purposes of website accessibility
Log In Help Join The Motley Fool
Free Article Join Over 1 Million Premium Members And Get More In-Depth Stock Guidance and Research
By Rich Smith - Aug 9, 2019 at 10:44AM

Surprise! Mattel just knocked over its own debt deal.

Toy maker Mattel (MAT 3.17%) has a lot of debt. That shouldn't come as a surprise to anyone who has owned the stock for a while. Years of stock buybacks, followed by two years of negative free cash flow from its business, have burdened Mattel with a balance sheet carrying $2.8 billion in debt, against less than $200 million in cash. 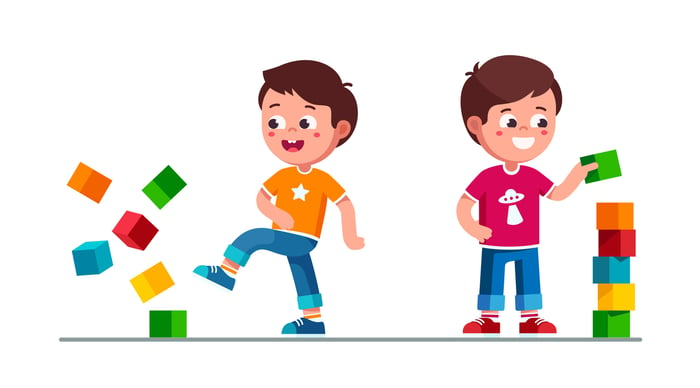 So what exactly happened to blow up the debt deal? That's a very good question.

In a filing with the SEC last night, Mattel advised only that on August 6, it was "made aware of an anonymous whistleblower letter" -- full stop. No further details.

Mattel management needs time "to investigate the matters set forth in the letter" -- whatever they may be. And while it's doing that, it's suspending the debt offering, which means that the debt that's coming due next year is still coming due. And Mattel may not have the cash to pay it.

Judging from the falling stock price, this news has investors worried -- and rightly so -- but I wouldn't overreact.

Mattel is a big company, with $4.5 billion in annual sales and a nearly 75-year history in business behind it. If push comes to shove and it's a choice between doing the debt offering or filing for bankruptcy, I'd be surprised to learn that management can't "walk and chew gum at the same time," i.e., investigate a whistle-blower's claims at the same time as it conducts a debt offering.

More worrying to me is the fact that Mattel isn't doing that right now, which suggests that the real story here may be that the company is having trouble finding someone to extend it the money it needs at a rate it wants to pay and using the whistle-blower claim as an excuse to suspend the debt offering and play for time.

But time may be running out for Mattel.