Please ensure Javascript is enabled for purposes of website accessibility
Log In Help Join The Motley Fool
Free Article Join Over 1 Million Premium Members And Get More In-Depth Stock Guidance and Research
By John Rosevear – Updated Aug 9, 2019 at 11:54AM

Uber's share price fell nearly 10% in early trading, but it recovered somewhat as the session went on. As of 11 a.m. EDT today, shares were trading about 7% below Thursday's closing price.

Second-quarter results showed growth, but not as much as Wall Street had expected. Adjusted net revenue of $2.87 billion was up 12% from the year-ago quarter, but it fell short of the Wall Street average estimate of $3.05 billion as reported by Bloomberg. The problem: While Uber's business is growing more rapidly than those numbers suggest, the incentives that it needs to pay to retain drivers are cutting into net sales. 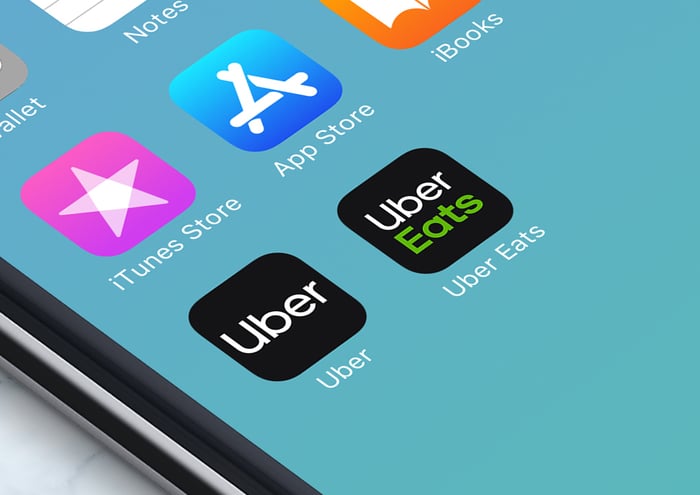 As for the bottom line, while Uber investors aren't expecting fat profits anytime soon, its second-quarter net loss of $5.2 billion was sobering. Much of that came from a big one-time charge related to stock-based compensation following Uber's initial public offering in May, and Uber's adjusted EBITDA (earnings before interest, tax, depreciation, and amortization) did more than double to $656 million. But it's still a very big number for investors to digest.

During Uber's conference call, CEO Dara Khosrowshahi pointed out that second-quarter gross bookings, a key indicator of customer demand, rose 31% to $15.76 billion, and he said that Uber expects to maintain that growth rate through the end of 2019.

But in light of the better-than-expected sales growth posted by much smaller rival Lyft (LYFT -0.36%) earlier on Thursday, Uber's results may have investors asking whether the company is now so large that lower growth rates are inevitable.