Please ensure Javascript is enabled for purposes of website accessibility
Log In Help Join The Motley Fool
Free Article Join Over 1 Million Premium Members And Get More In-Depth Stock Guidance and Research
By Scott Levine - Aug 11, 2019 at 10:19AM

This miner continues to demonstrate how lucrative it can be to dig for gold in the Great White North.

Reporting Q2 revenue of $113 million, Pretium Resources (PVG), a mid-tier gold producer that owns and operates the Brucejack mine in British Columbia, beat analysts' top-line estimate of $110 million. But that wasn't the only surprise. Whereas analysts were looking for adjusted earnings of $0.07 per share, the company reported adjusted earnings per share (EPS) of $0.09.

There's much more to a company's quarterly performance than just two numbers, so let's dig in and mine the report for some of the more interesting nuggets. 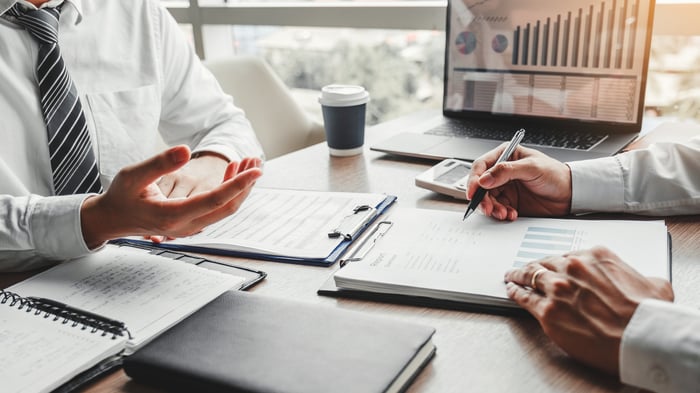 According to Pretium, production is expected to increase in the second half of the year due to a higher mill throughput and mining of a higher grade. For example, the company reported a daily average mill throughput of 3,562 metric tons, raising its average for the first half of the year to 3,422 metric tons per day. With the continued ramp-up in production, Pretium anticipates an average of 3,500 metric tons per day for the entirety of 2019. In addition, Pretium reported an average grade of 8.9 grams per metric ton (g/t), yet it foresees this rising in the back half of the year, resulting in an average grade of 10.4 g/t for 2019.

While production of the yellow metal rose in the last quarter, cautious investors might be wondering at what cost came the growth. The answer: Pretium reported all-in sustaining costs (AISC) of $940 per gold ounce in Q2. Some may wonder if this indicates that the company suffered from operational missteps in the quarter, considering Pretium reported AISC of $648 for the same period last year. And viewing the results from a longer context, investors will find that the company's Q2 results indicate its AISC through the first half of 2019 have risen to $905 per ounce -- well above the AISC-per-ounce forecast of $775 to $875.

But the rise in costs, apparently, was unrelated to operational miscues. Management attempted to allay concerns regarding an escalation in costs on the company's Q2 conference call, stating that "as production increases through the remainder of 2019, we expect all-in sustaining cost per ounce to be within guidance for the year." 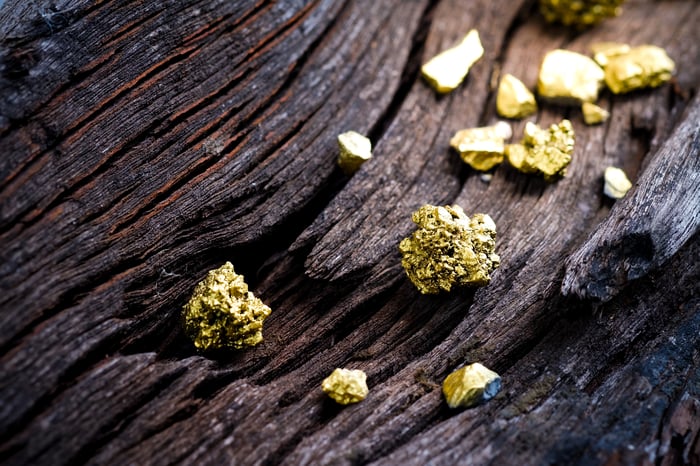 In the second quarter, Pretium, yet again, has proven the allure of its principle asset: the Brucejack mine. For the eighth consecutive quarter -- since the start of commercial operations in mid-2017 -- Brucejack has helped Pretium to generate strong cash flow. In Q2, for example, Pretium reported $41.2 million in operating cash flow. Unlike earnings figures, which can be "gently massaged" by creative accountants who manipulate noncash charges, the cash flow statement is oftentimes seen as a truer indicator of a mining company's performance. And in this regard, Pretium turned in another shining performance for the second quarter. The $41.2 million of operating cash flow represents 36.4% of the $113.2 million the company reported on the top line.

With the strong cash flow, Pretium took steps to shore up its balance sheet by paying down nearly $45 million in debt during the quarter. Illustrating its commitment to securing its financial health, management reiterated its target of reducing its debt by $140 million in 2019.

In the coming quarters, investors should look for Pretium to average a daily mill throughput of more than 3,500 metric tons in order to meet its forecast for the year. Equally importantly, moreover, will be to monitor the grade the company reports in the coming quarters -- especially given the fact that a short-seller's report raised doubt about the value of the Brucejack mine last September, claiming that Pretium manipulated samples and misrepresented the value of the mine.