Relying upon its Hawaiian-based Kona Brewing brand is proving to be a smart strategy for Craft Brew Alliance (NASDAQ:BREW), which reported second-quarter earnings of $0.10 per share on adjusted net sales that rose 1.7% year over year.

While profits were down versus the year-ago period, that was due to the brewer's heavy marketing program to fire up sales of Kona, which saw depletions jump 8% from last year along with an 11% increase in shipments. Depletions -- sales to distributors and retailers -- are an industry proxy for consumer demand; Kona alone accounted for 70% of Craft Brew Alliance's total depletions. 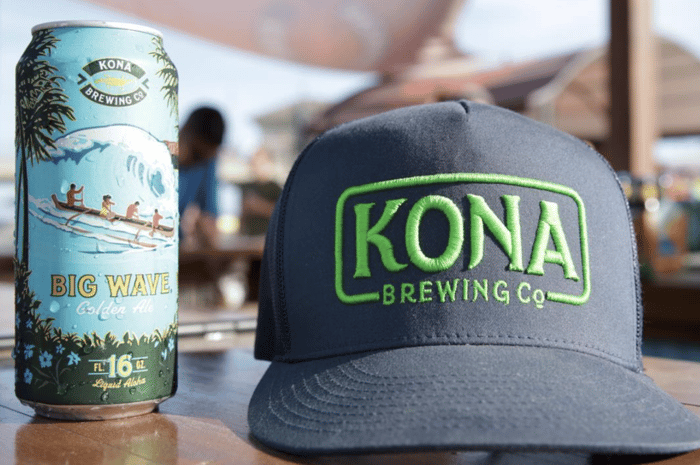 The craft beer industry faces continued pressure on sales. The industry trade group Brewers Association reporting overall sales rose 4% in the first half of 2019, with the gains primarily coming from the strength in microbreweries, taprooms, and brewpubs.

Independent brewers continue to struggle, no doubt because there are a record 7,460 craft breweries in operation today, a 15% increase from the same period last year.

The trade group's chief economist Bart Watson said, "Overall demand for beers from small and independent brewers continues to increase, but at levels that make it difficult for all breweries to grow simultaneously."

That makes Kona's ability to substantially buck the trend all that more impressive, particularly since the Hawaiian beer suffered significant availability issues in retail stores across key media markets as demand was far higher than supply. Craft Brew Alliance estimates that may have suppressed Kona's depletion growth by as much as 200 basis points in the second quarter.

Kona is the plus

Craft Brew continued to implement its Kona+ strategy. It focuses mainly on boosting sales of Kona beers, like its flagship Big Wave Golden Ale -- which saw depletions surge 25% in the quarter -- while lending additional support to its other brands, such as its newly acquired Appalachian Mountain Brewery, Cisco Brewers, and Wynwood Brewing.

Craft beer continues to trend toward the local level and away from mass craft brewers -- including the face of the industry, Boston Beer (NYSE:SAM), whose own flagship brand Samuel Adams hasn't reported a single quarter of higher depletions in five years. And Craft Brew Alliance is realigning its own business to address this trend.

It benefits significantly from Kona being viewed as a regional brand, although the beer sold on the mainland is not brewed in Hawaii. Craft Brew Alliance recently settled a class action lawsuit because some beer drinkers were purportedly stunned to learn Kona wasn't truly a Hawaiian beer. And its new craft brewers are targeting the popular trends in the market while it also plans to have three hard seltzers introduced by the fall.

Yet the one thing investors are really trying to suss out is whether Anheuser-Busch InBev (NYSE:BUD) will buy out Craft Brew Alliance by its Aug. 23 deadline. Under an agreement signed in 2016, the megabrewer has until that date to make a qualifying offer of $24.50 per share (about $475 million), or else it has to pay Craft Brew $20 million.

There are arguments to be made for either choice. Craft Brew's strong quarter and aligning itself more closely with industry trends could sway Anheuser-Busch to pay almost a half-billion dollars for the brewer, especially since it just acquired a much smaller craft brewer for $120 million.

On the other hand, Craft Brew Alliance is still very much in the midst of a turnaround that needs to prove itself, and $475 million is a lot for Anheuser-Busch to pay on an uncertainty when it's trying to reduce its own massive debt load.

In either case, Craft Brew Alliance has shelved speculating about guidance until September, when the buyout decision will be known. In the meantime, investors should feel comfortable with the brewer having done what it needed to do to make the case its brewing operations are worth the money. And even if a buyout doesn't materialize, it is still positioned for growth.