Shares of online car-shopping service TrueCar (NASDAQ:TRUE) were on the rebound on Monday, after a post-earnings drop on Friday eliminated over a quarter of their value.

TrueCar reported after the bell last Thursday that its second-quarter results had missed Wall Street's estimates as well as its own prior guidance. The company also made a significant cut to its full-year 2019 guidance, saying that this year's results will fall short of 2018's. 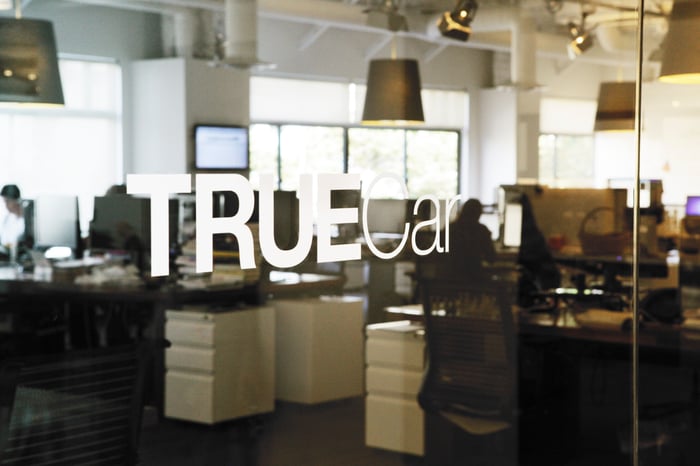 Investors reacted about as you'd expect: The stock got clobbered in after-hours trading on Thursday. Selling pressure continued on Friday, with the stock down over 37% at one point during the trading day -- but then bargain hunters seemed to step in, and shares ended the week down a mere 27%.

Despite the additional gains on Monday, as of 2:30 p.m., TrueCar was still down 18.7% from Thursday's close.

TrueCar still has a problem. The investment case for the company anticipates revenue and earnings growth, but it has now guided to year-over-year declines in revenue and adjusted EBITDA (earnings before interest, tax, depreciation, and amortization) in 2019.

Given that the pace of new-car sales in the U.S. is still decent, that decline raises a big question: How will TrueCar fare during the next recession? Investors may not want to stick around to find out.