Upwork (NASDAQ:UPWK) recently released its second-quarter results, marking the company's fourth quarterly update since its initial public offering last year. Upwork, which provides a platform for businesses to hire freelancers, has seen strong growth since its IPO -- and that growth continued in Q2.

The company's revenue growth rate accelerated during the quarter, fueled by robust growth in marketplace revenue. In addition, the company continued to gain traction with larger clients and enterprise customers. 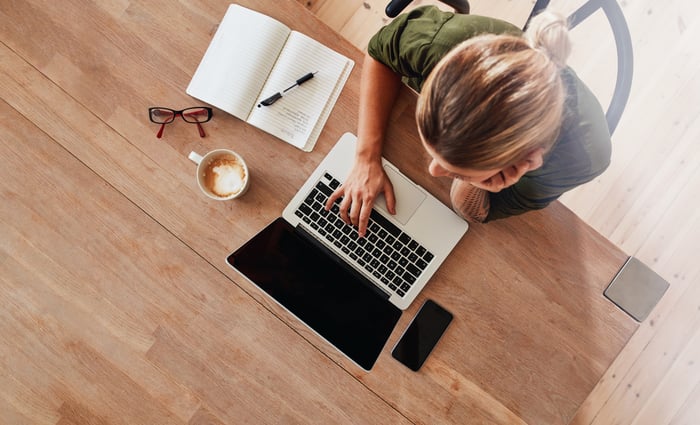 Upwork's total revenue increased 18% year over year to $74.3 million -- an acceleration from 16% growth in Q1. But significant investments, primarily in marketing and advertising, weighed on the quarter's bottom line. The company notably detailed plans for this heavy spending in its first-quarter earnings call earlier this year. Management believes its aggressive investment will ultimately help the company expand its share in a large and fast-growing market opportunity, benefiting shareholders over the long haul.

A 49% year-over-year increase in GAAP and non-GAAP sales and marketing expenses during the quarter meant that this category of Upwork's operating expenses accounted for 32% of revenue, up from 26% of revenue in the year-ago quarter.

Management was particularly pleased with its progress in attracting larger clients to its platform.

"Our focus on larger clients and our Enterprise customers drove 4x more Upwork Business and Enterprise sales deals in the first half of 2019 compared to a year ago," said Upwork CEO Stephane Kasriel in the company's second-quarter earnings release.

In addition, in the company's second-quarter shareholder letter, management notably gave an explanation for its decline in client spend retention: