The graphics card leader is about to fall behind on the manufacturing technology front.

The fight for market share in the discrete graphics card business has long been a two-way tussle between NVIDIA (NVDA -2.51%) and Advanced Micro Devices (AMD -3.28%), and it's about to heat up further.

NVIDIA has reportedly decided to use both TSMC and Samsung as foundry partners to manufacture the Ampere line of GPUs (graphics processing units) that are expected to hit the market next year. This is a big step for NVIDIA. It is currently at risk of falling behind AMD from a technology perspective and ceding market share to its smaller rival, so it needs to fire on all cylinders. 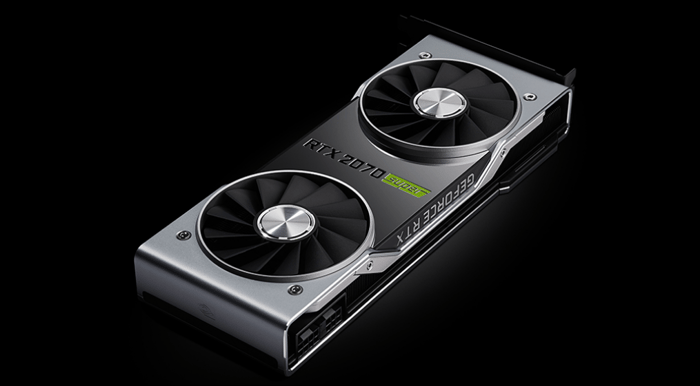 Discrete GPUs are NVIDIA's forte. According to Jon Peddie Research, the company held 77.3% of the market in the first quarter of 2019, while AMD held the rest.

That's even more impressive considering that a year earlier, NVIDIA's market share was 65.1%. Its market share gain can be attributed to the fact that AMD had been the favored provider of GPUs to cryptocurrency miners. AMD's products were viewed as providing better performance at the specific computational tasks involved in mining cryptocurrencies and the company had become substantially dependent on miners for its sales. Once that catalyst fizzled due to falling cryptocurrency prices and the arrival of competing new mining hardware, AMD's sales crashed.

But momentum seems to be swinging back in AMD's favor. It checked in with a 22.7% market share in Q1, up from 18.8% in Q4 2018, an improvement that can be attributed to its product development moves.

The transition to a smaller manufacturing node reaped rich rewards for AMD. Its ability to deliver a more powerful graphics card at a lower price cost its larger rival sales during Q1.

How NVIDIA is preparing for AMD's 7nm onslaught

AMD is expected to release its next-generation 7nm GPUs -- codenamed Navi -- in Q3. The chipmaker has partnered with TSMC to ensure that all of its new chips are built using that 7nm manufacturing process. Given that NVIDIA will remain stuck with TSMC's 12nm process until next year, AMD will enjoy a technological lead that it can use to make more efficient graphics cards, and price them competitively.

NVIDIA, for its part, is preparing intensively for the onslaught of AMD's Navi GPUs, updating its offerings so that it doesn't lose too much ground in the months before its own 7nm chips arrive: It launched three new performance-oriented graphics cards at budget-friendly prices.

NVIDIA asserts that its RTX SUPER series graphics cards provide as much as 25% better performance than the cards it launched last year, and it's pricing them attractively. For instance, NVIDIA claims that the GeForce RTX 2060 SUPER, which costs $399, has a 15% performance advantage over the RTX 2060.

The original RTX 2060 is now retailing at $349, so buyers will have to shell out only a few extra bucks to get their hands on the more powerful offering.

Meanwhile, the RTX 2080 SUPER has been priced at $699 by NVIDIA, which should ensure that it remains the GPU of choice when pitted against AMD's Radeon VII.

Given NVIDIA's strategy, don't be surprised to see the momentum swing back in its favor before AMD's new GPUs come out -- at which point the tide could shift yet again. The battle for the graphics cards market should get more intense in the second half of 2019.