Please ensure Javascript is enabled for purposes of website accessibility
Log In Help Join The Motley Fool
Free Article Join Over 1 Million Premium Members And Get More In-Depth Stock Guidance and Research
By Travis Hoium – Aug 15, 2019 at 9:33AM

A $1 billion capital raise could be the spark that makes Snapchat a big player in AR.

Augmented reality (AR) could become something we use and interact with on a daily basis in the very near future, especially if a company finds a way to make it consumer-friendly. Microsoft's (MSFT 1.97%) Hololens and the well-funded start-up Magic Leap are garnering most of the attention in augmented reality these days because they offer headsets that allow people to enter an augmented world. But they aren't the only companies worth watching in the space.

Every new Apple iPhone and most Alphabet Android devices are equipped with powerful AR technology that developers can use to create an experience that augments the images on the smartphone's screen. Nintendo's Pokemon Go was the first widespread AR product to use smartphone AR, and that showed millions of users the power of the technology.

It's not open and public about what it's doing as AR, but Snapchat (SNAP 2.97%) has been a quietly powerful player in the industry. And now it's reportedly planning to raise $1 billion -- in part to develop even more AR technology. This may quietly be a big move in technology. 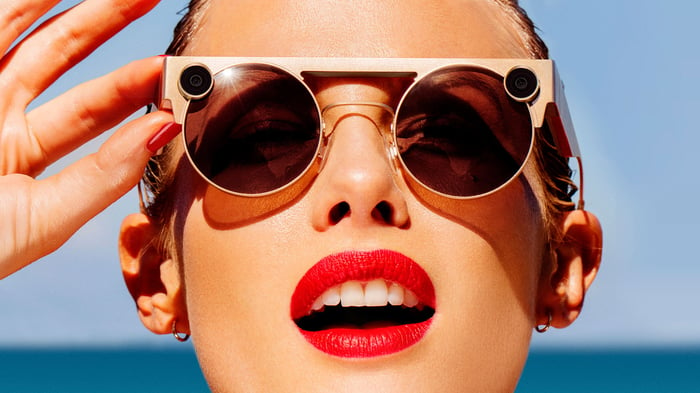 Snapchat is an AR power player

Putting dog ears on a person's face in a moving screen image may seem like a simple modification, but there's a lot of technology that goes into Snapchat's playful tools, and most of it falls under the umbrella of augmented reality. Face Lenses and World Lenses are sensing the depth and color of features in the real world, whether that's a face or a floor, which is then used as a reference for a digital overlay.

Magic Leap and Hololens are creating these digital overlays on headsets that are close to your eyes, but the underlying technology is similar to what Snapchat is using. And Snapchat already has a much larger user base than either of those two headsets with 203 million daily active users.

What is Snapchat going to do in AR?

We don't know exactly what Snapchat is going to do in AR with the $1 billion it's trying to raise, but its history gives us some indications. The company's third-generation Spectacles capture images and video from embedded cameras that it can send to the smartphone app for further manipulation and sharing via the Snap app. The selling point of the latest version of the glasses is dual cameras that sense depth and allow the user to capture 3D images and video for use in the app. But this may be just the start.

Eventually, the company could add viewscreens within the glasses and build augmented reality into the device itself, rather than having to sync it with a phone app. Snapchat is also reportedly looking at using some of the funds to develop augmented reality games. Multiple Spectacles may even be synced together, locally or around the world, to play a game in the same augmented experience.

Snapchat has a different focus

What makes Snapchat unique in AR is that it's coming at the industry from a playful perspective. It offers relatable use cases and easy-to-use products, which have drawn in a large consumer audience. Microsoft's Hololens is built primarily for industrial applications at the moment, and Magic Leap, which is targeting mass-market consumers, is still not a mass-market device at $2,295-plus per headset.

Snapchat is building a consumer product with more and more AR capability, rather than going all-in on AR like the two competing headsets. It'll be interesting to see if its playful strategy, which leverages third-party hardware, is more successful than more focused AR products.

Whether they realize it or not, Snapchat users are being trained to use more and more augmented reality capabilities, and that puts the company in a uniquely powerful position. If it develops even more capability and headsets, or even a platform, AR could be a huge part of the company's financial future. Don't sleep on Snapchat in AR.