Please ensure Javascript is enabled for purposes of website accessibility
Log In Help Join The Motley Fool
Free Article Join Over 1 Million Premium Members And Get More In-Depth Stock Guidance and Research
By Lou Whiteman - Updated Aug 15, 2019 at 11:55AM

Investors just learned that the small-engine and equipment manufacturer's troubles run a lot deeper than they had thought.

Shares of Briggs & Stratton (BGGS.Q) lost more than 40% of their value on Thursday morning after the company reported quarterly results that were well below expectations, cut its outlook for its next fiscal year, and slashed its dividend. The results finished off a nightmarish fiscal year for the small-engine and equipment maker, which is trying to revamp its business following the bankruptcy of major customer Sears Holdings.

Before the market opened on Thursday, Briggs & Stratton reported a fiscal fourth-quarter adjusted loss of $0.36 per share on revenue of $471.95 million. Analysts' consensus expectations had been for a profit of $0.45 per share on sales of $520 million. The company also said it expects to earn $0.20 to $0.40 per share in the new fiscal year, down from previous guidance for EPS of $1.20 to $1.40.

The company attributed the profit declines to weather issues, as well as costs associated with its restructuring efforts. The North American lawn-and-garden market was slow due to an "unusually wet, cool spring" and disruptions with channel partners, while in Europe, record high temperatures reduced demand for lawn equipment. 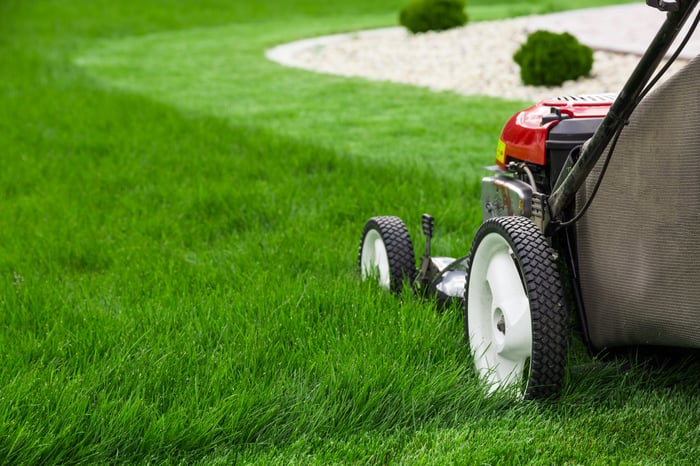 "The fourth quarter capped a difficult year of unprecedented market challenges and higher than expected operational inefficiencies encountered during the ramp-up of our business optimization initiatives," said Chairman and CEO Todd J. Teske in a statement. "While we achieved operational improvements on many of the business optimization program start-up issues, continued inefficiencies offset the benefit of those improvements, including near-term labor availability challenges."

In the release, management outlined its plan to improve operations, including extracting upwards of $40 million in annual cost savings. The company also intends to consolidate production of small engines at its Missouri facility. This will entail the closure of a Kentucky plant, which will result in one-time costs of $30 million to $35 million, but should generate upwards of $14 million in annual pre-tax savings thereafter.

Briggs & Stratton also declared a dividend of $0.05 per share, down from its previous-quarter payout of $0.14 per share. Its plan is to redirect the money it saves toward paying down debt and investing in new product development.

Investors came into the quarter knowing this company had issues, but the extent of its losses and magnitude of the restructuring ahead clearly caught markets off guard. Shares of Briggs & Stratton are now down about 75% over the past 12 months, and could be nearing a bottom.

The problem for bargain hunters is, as the company admits, its restructuring will weigh on results for some time. There isn't a lot of fuel to power this stock higher right now.