Please ensure Javascript is enabled for purposes of website accessibility
Log In Help Join The Motley Fool
Free Article Join Over 1 Million Premium Members And Get More In-Depth Stock Guidance and Research
By Keith Speights - Aug 16, 2019 at 7:15AM

There are two possible answers. And neither one of them is good.

The big Canadian cannabis producer announced its Q1 results after the market closed on Wednesday. That huge glaring net loss wasn't as bad as it looks, though. Canopy recorded an adjustment of CA$1.18 billion related to warrants held by Constellation Brands as part of its deal to acquire U.S.-based cannabis operator Acreage Holdings.

But the bigger issue was that Canopy's net revenue fell by 4% from the previous quarter. Analysts expected the company to report a 17% quarter-over-quarter net revenue increase. With an expanding Canadian market for recreational marijuana, how did Canopy Growth bungle things so badly in Q1? 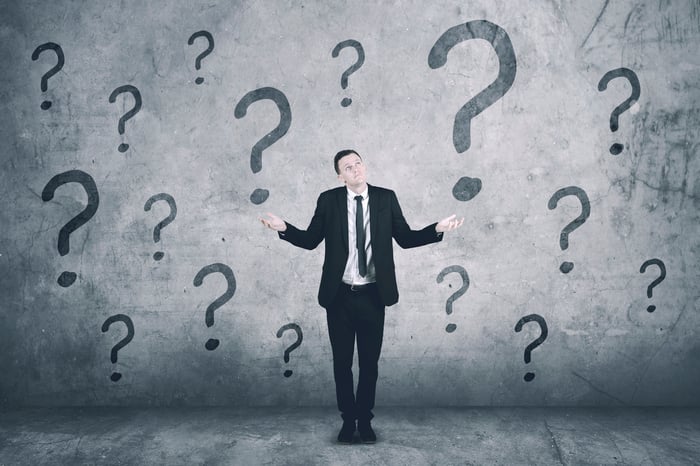 Some might attribute Canopy's head-scratching Q1 net revenue decline to management ineptness. There's a pretty good case to be made for this argument.

Canopy posted fiscal 2019 Q4 cannabis oil and softgel sales of CA$36.5 million. The company's recorded revenue for these products plunged to only CA$0.2 million in the first quarter. Canopy reduced its Q1 revenue by CA$8 million because of anticipated product returns. Even allowing for this adjustment, oil and softgel sales in Q1 totaled only CA$8.2 million, roughly one-fourth of the sales total in the previous quarter.

Meanwhile, Cronos Group reported that its Q2 revenue increase was mainly driven by higher cannabis oil sales. Aphria didn't mention any challenges with oil and softgel products in its latest quarterly update. Tilray CFO Mark Castaneda noted in his company's quarterly conference call earlier this week that Canadian provinces are primarily wanting cannabis flower and not as many extract products right now. However, Tilray didn't report any big issues with this.

Its peers don't appear to be having any problems with overestimating the demand for cannabis oils and softgels, but Canopy Growth is. That sounds like a management problem.

What does it mean when a company is said to be "stuffing the channel"? Well, it means that the company ships inventory ahead of schedule, filling its distribution channels with more product than is needed. Since companies often record sales as soon as they ship products, channel stuffing can make it appear that business is booming. In reality, the products not sold may well be returned eventually to the manufacturer. This means sales already claimed may never occur. In a sense, sales are made at the expense of sales in future quarters.

Let's look at what has happened with Canopy Growth. Did the company fill its distribution channels with more product than was needed with respect to cannabis oils and softgels? Yep. Did doing this make it look like business was booming in a previous quarter? Yes, at least to some extent. Canopy narrowly beat the consensus analysts' revenue estimate in the previous quarter and wouldn't have done so without the high level of oil and softgels revenue recorded.

Note the reference in the definition given above about "products not sold may well be returned eventually to the manufacturer." That's exactly what Canopy Growth is saying it expects to happen -- to the tune of at least CA$8 million worth of returns.

An analyst in Canopy's Q1 conference call mentioned channel stuffing, but current CEO Mark Zekulin didn't directly respond to the reference. That's not surprising. Channel stuffing implies that the company engaged in some financial shenanigans. But there's an old saying: "If it looks like a duck, swims like a duck, and quacks like a duck, then it probably is a duck."

Mark Zekulin said in Canopy Growth's Q1 conference call that better days lie ahead. He reaffirmed that Canopy will achieve a CA$1 billion annualized revenue run rate by the end of fiscal 2020. He stated that the company will deliver positive adjusted earnings before interest, taxes, depreciation, and amortization (EBITDA) on a quarterly basis in fiscal 2021, with positive consolidated adjusted EBITDA within fiscal 2022. Zekulin also said that Canopy is on a path to profitability within the next three to five years.

All of that sounds great. But it certainly looks like Canopy's management has either been inept or engaged in some highly questionable activities. The company is looking for a new CEO. It needs to hire a qualified person quickly to restore investors' confidence. Positive changes might be coming for Canopy Growth, but it's pretty clear that even more changes are needed.