Please ensure Javascript is enabled for purposes of website accessibility
Log In Help Join The Motley Fool
Free Article Join Over 1 Million Premium Members And Get More In-Depth Stock Guidance and Research
By Rich Smith - Aug 16, 2019 at 11:26AM

What goes down must come up -- with a little help from the CEO.

General Electric (GE 0.28%) stock got rocked by a scandal yesterday, falling more than 11% by the close of trading after media outlets reported on a 175-page whistleblower report alleging financial malfeasance at the company's long-term care and oil and gas divisions. The report's author concluded that GE is quite simply "a bigger fraud than Enron."

Today that momentum is reversing, and GE stock is up a good 6.4% as of 10:35 AM EDT on news that GE CEO Larry Culp went out and bought himself $2 million worth of GE shares after the sell-off. 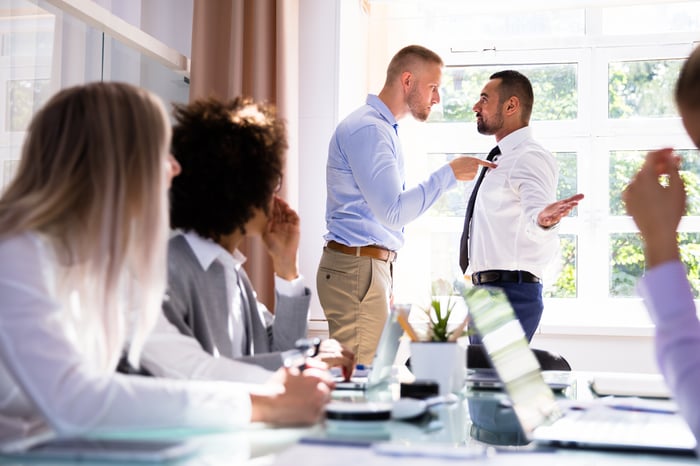 Now, Culp's motivation seems pretty obvious here: He's got a vested interest in seeing GE shares succeed. That being said, investors also appear to be taking comfort in the CEO's clear-cut denials of the allegations made in whistleblower Harry Markopolos' report:

"GE will always take any allegation of financial misconduct seriously. But this is market manipulation -- pure and simple ... Mr. Markopolos's report contains false statements of fact and these claims could have been corrected if he had checked them with GE before publishing the report."

Wall Street, too, was quick to leap to GE's defense, with analysts at William Blair calling Markopolos' report "disingenuous" and "inaccurate," and CFRA Research expressing "confidence" in GE's leadership, while pointing out that Markopolos may have a financial motivation to bash GE.

GE's audit committee chair agreed, pointing out that Markopolos could well be "front-running" any SEC investigation that arises after his report (i.e., selling the shares short) and that he thus "stands to personally financially benefit from today's significant market reaction to his report."

So, in summation, it looks like pretty much everybody involved in this debate has a serious conflict of interest. On the one hand, the folks alleging fraud at GE stand to make a profit if you believe them. On the other, those saying the fraud allegations are bunk hope to at least not lose money if you believe them.

What's an investor to do in this mass of confusion? My advice is simple: With no net income earned over the past two and a half years and free cash flow running negative for even longer than that, General Electric is clearly not a business at the peak of health. Whether GE is precisely as bad as Markopolos alleges or not is beside the point: GE is not good enough to buy, period.