Copper prices are down, but Teck is still looking forward to completing a big investment in the space.

Teck Resources (TECK 1.83%) is a diversified Canadian miner that recently wrapped up a big oil investment. With that project now complete, the miner has started to mend its balance sheet and it is looking to its next big investment, this time in the copper space. Copper prices are weak right now, but Teck's management is still excited about this multibillion-dollar project. Here's what you need to know.

Teck's investment in the Fort Hills oil sands project was green-lighted in late 2013. Roughly eight months later, oil prices had fallen into a deep bear market, taking the price of the commodity from over $100 per barrel to the $30 range. It was a devastating blow to the oil industry, with some of the weaker names in the space seeking out bankruptcy protections. 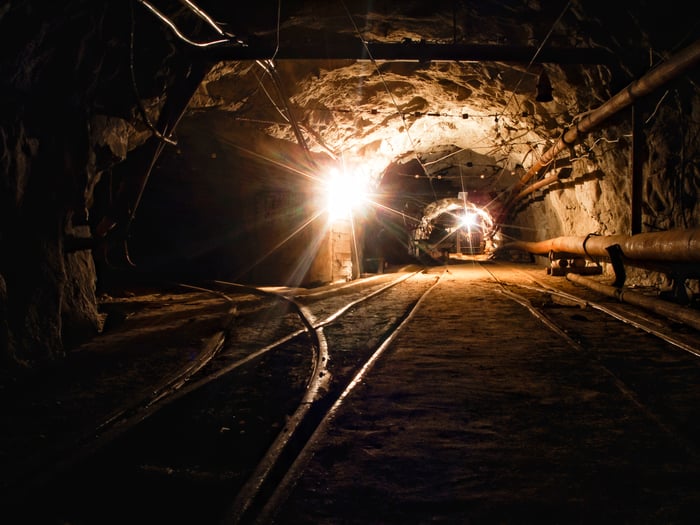 But Teck, which is partnered with Suncor Energy (SU 2.17%) and France's Total (TTE 0.80%) on the Fort Hills project, didn't waver in its commitment. That remained true even after Total reduced its stake, selling a portion of its investment to Suncor in late 2015. Teck held firm, owning 20%. As the project was starting to near completion, Total was again looking to trim its exposure, only this time, both Suncor and Teck were willing buyers. Teck now owns roughly 21% of the project.

This commitment is notable because it wasn't just oil that had fallen into a bear market; the entire commodity market was weak while Fort Hills was being built. That led to a lot of red ink at Teck as its steelmaking coal, copper, and zinc mines were facing price headwinds. There were also material concerns about the miner's leverage. It would have been easier, perhaps, for Teck to cut and run, selling out to Suncor like Total had and using the cash to pay down debt.

But Teck didn't do that, and now the project is up and running...and contributing to the top and bottom lines. Oil prices, meanwhile, are well off the lows seen during the deep downturn that started in mid-2014. To be fair, oil prices remain volatile, but that's partly the point, since investing in long-lived assets requires a long-term commitment given that commodity prices wax and wane over time. All in, the Fort Hills investment has worked out pretty well, adding a fourth major commodity to Teck's mix and contributing positively to EBITDA (earnings before interest, taxes, depreciation, and amortization) in the first and second quarters of 2019 despite volatile oil prices.

This brings Teck to its next big investment, a 60% stake in the QB2 copper mine development project in northern Chile. To be fair, that stake was around 90% at one point, but it sold a portion of its position to Sumitomo Metal Mining Co. in late 2018 to raise cash for the project. That move helped to reduce the amount of capital Teck would need to contribute to QB2 and still left it with a huge ownership position. This was a balance sheet-friendly move investors should appreciate.

The problem with QB2 right now, though, is that copper prices have been falling because of concerns about global economic growth. Copper is an industrial metal, with demand and prices largely following along with economic cycles. So investing in a big new copper mine today could easily be seen as a concerning choice.

However, as the Fort Hills project shows, Teck thinks long term. For starters, the miner explains that QB2 is a high-quality mine with a long reserve life. It is also expected to have relatively low operating costs. So it is the type of mine that Teck would like to own, assuming it lives up to expectations once it is completed. In fact, Teck expects to see unlevered returns of 14% to 18% on this investment (levered returns could be as high as 40%). And it also has expansion opportunities, with the prospects for a QB3 mine already being explored.

But what about those pesky copper prices? There's even some good news on that front. Yes, copper prices are weak today, but Teck's long-term outlook calls for demand increasing by at least 1.5% a year through 2024. There are currently enough projects in the works around the world to meet that level of demand growth. However, if demand exceeds that, there could be notable supply shortfalls. The company's high-end estimate for demand suggests a 3.1 million metric ton gap between supply and demand. Now add in the fact that currently weak copper prices could lead to an investment pullback within the space (though Teck shows no signs of slowing down), and shortfalls look even more likely.

In other words, Teck's project may seem questionable if you look at the current copper market, but if you take a longer-term view of things, it looks like a good bet.

Teck's Fort Hills commitment allowed it to successfully expand into a fourth major commodity despite the concerns about oil as it was being built. The QB2 project that's currently in the works will increase the company's exposure to copper and, thus, reduce its reliance on steel making coal to create a more diversified company overall. Although copper prices are weak today, QB2 looks like a good project, and the long-term benefits to Teck are worthwhile. Add in the supply/demand outlook, and investors willing to think long term, along with Teck's management team, should like the outlook for this big copper dig.