Last week was rough in the markets, but not for all investors. More than 600 exchange-listed stocks hit fresh 52-week highs, and a few of the names hitting high-water marks might surprise you.

Shake Shack (SHAK 3.17%), Carvana (CVNA 8.88%), and CoStar Group (CSGP 3.59%) bucked the market malaise last week to deliver new highs for their shareholders. Let's dive into each of these three winners to see why they're moving higher when the general market is going the other way. 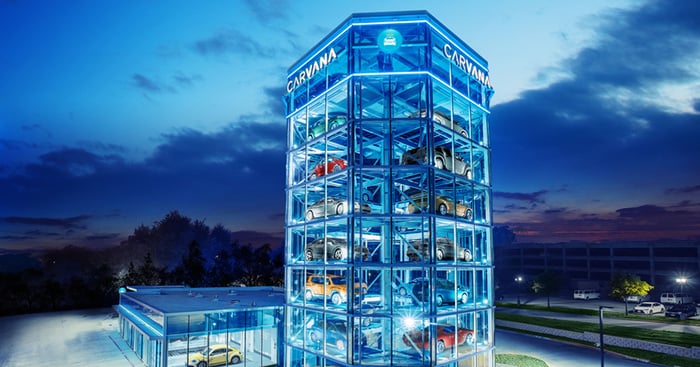 The cult-fave restaurant chain hit another all-time high on Friday after posting blowout financial results and raising its guidance earlier this month. Revenue soared 31% in its latest quarter. The chain's brisk expansion has been at the heart of its double-digit top-line growth, but a 3.6% uptick in comps is also impressive in the cutthroat eatery space. Its profit of $0.27 a share was well ahead of the $0.23 analysts were targeting. Shake Shack also boosted its full-year guidance.

Shake Shack trades at lofty multiples compared to most of its restaurant peers, but the stock continues to climb. The restaurant chain is making smart moves by teaming up with a leading credit card company and third-party meal-delivery platforms to expand its brand awareness and reach, and for now investors are digging the stock as much as the burgers and titular shakes.

Auto retailing may not seem like a hotbed for growth these days. Cars last longer, and there's also a declining ownership trend among young people as mass transit and ridesharing markets improve. Against this backdrop you have Carvana growing as fast as some of its secondhand sports cars, cashing in on its next-gen business model and the iconic nine-story glass-enclosed auto vending machines that make some of its locations stand out.

Growth at Carvana is shockingly good. Revenue soared 108% in its latest quarter, stretching its streak of triple-digit top-line gains to 22 quarters. There's some sweet scalability at play here, as total gross profit per unit has soared from $2,173 to $3,175 over the past year. Carvana is still posting losses as it ramps up its footprint across the country, but it's clear that the company is disrupting an otherwise sleepy industry -- and gobbling market share along the way.

Providing commercial real estate information, analytics, and online marketplaces is paying off for CoStar Group -- even as a dicey economy and stubborn lending rates threaten to cool off the market. CoStar is still coasting higher after posting strong financial results last month.

Revenue rose 16% in CoStar's second quarter, fueled by a 32% surge in bookings. The news was even better on the bottom line, as net income and earnings per share soared 44% to hit $44 million, or $1.70 a share. CoStar has consistently beaten Wall Street's earnings estimates over the past year, but last month's report brought its biggest beat in more than a year. CoStar also boosted its guidance, and that's always a good look during earnings season.