Rumors are surfacing now that Apple TV+'s launch is just months away.

In March, Apple (AAPL -2.54%) unveiled plans for a streaming TV service, Apple TV+. The service was to debut this fall. Beyond sharing some of the actors and actresses who will be starring in a handful of original shows on the platform, Apple revealed very little information about the service. But as its launch draws near, more details are surfacing.

As investors wait for Apple TV+ to come to market, here's a look at what we know, as well as some of the rumors about the service. 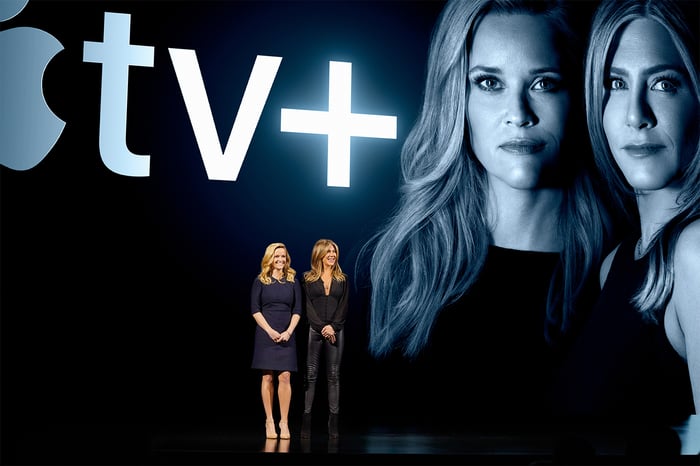 While details about Apple TV+ are scant, it was clear from the beginning that Apple had recruited some famous names to give the service some clout.

It will feature original shows, movies, and documentaries.

Now Bloomberg is reporting on some new rumors, citing "people familiar with the matter." Apple is currently considering pricing the service at $9.99 a month, Bloomberg said. Further, the company isn't holding back on investing in the new service; Apple is reportedly spending about $300 million on the first two seasons of The Morning Show, a TV series based on an early morning newscast dealing with a scandal and an evolving media landscape.

As Apple prepares to launch Apple TV+, competition in the space is more intense than it has ever been. While Netflix, with its ever-growing content slate, is the obvious elephant in the room, newer entrants are aiming to grab wallet share as well.

Walt Disney's (DIS -3.79%) Disney+ streaming service is launching on Nov. 12 at an aggressive price of just $6.99 per month. In addition, AT&T's WarnerMedia subsidiary recently announced plans for a new service under its HBO brand. This new service, called HBO Max, will launch early next year. Finally, Comcast's NBCUniversal is slated to debut a new streaming service sometime next year as well.

Apple seems to be well aware of its growing competition in the space as it brings Apple TV+ to market. To make its service more compelling, the company is reportedly trying to beat Disney+ to market. In addition, Apple is considering a free trial for the service, Bloomberg's sources say.

Of course, even these actions won't guarantee Apple TV+ is a success. Beating Disney to market and offering a free trial could help bolster the service's initial traction with consumers, but its long-term success will likely be primarily driven by the quality and breadth of content Apple can bring to the platform.