The partnership could bring in 1 million premium subscribers.

It's not just enterprises that are pushing wellness programs to improve people's health; governments are also looking to bolster public health through various initiatives. For Singapore, that includes its Smart Nation initiative, which was launched nearly five years ago to modernize the city-state with state-of-the-art technology, as well as proactively improve citizens' health.

Fitbit (FIT) announced today that it will be collaborating with Singapore's Health Promotion Board (HPB) as part of Singapore's broader effort to help its people live healthier lives. 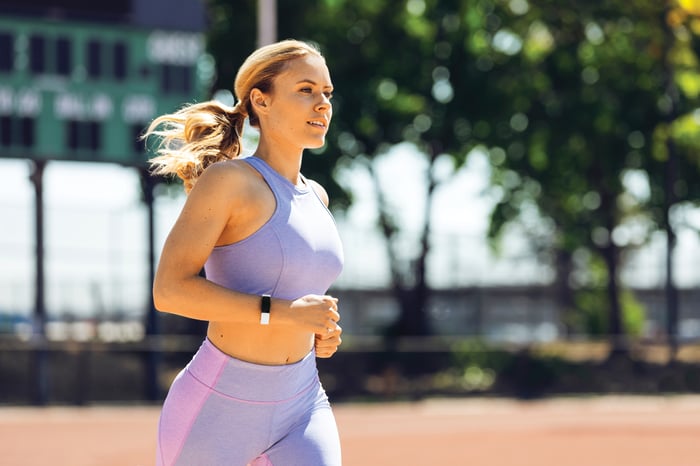 As part of the partnership, Fitbit's digital health platform and wearable devices will integrate with Singapore's public health program, which Fitbit says is its first of such integrations. The program will be called Live Healthy SG and will be available to people of "all ages and levels of health."

It's a major win for Fitbit, as the collaboration will use the company's devices for fitness tracking while also helping to grow its premium services business. Users that subscribe to Fitbit's premium coaching service and pay 10 Singapore dollars per month with an annual commitment will receive a complimentary Inspire HR, the fitness tracker released earlier this year that includes heart rate tracking. The Inspire HR typically retails for $100, but Fitbit is currently selling it for $80.

Fitbit Premium provides personalized coaching and nudges subscribers to drive behavior and lifestyle changes to live healthier. The service is a part of Fitbit's broader health solutions segment, which has been slow to take off. Last month, Fitbit said it expects health solutions revenue to reach approximately $100 million in 2019. CEO James Park noted on the earnings call that health solutions revenue in the first half of the year has been $54 million, putting in on track to hit that goal, which would represent approximately 7% of full-year revenue. Fitbit cut its 2019 outlook in July and now expects full-year revenue of $1.455 billion at the midpoint of its forecast.

The deal with Singapore is expected to represent 5% of health solutions revenue next year, according to CNBC. Park also told the outlet that he hopes a million Singaporeans -- nearly 20% of the 5.6 million population -- will take advantage of the program. Apple, Fitbit's greatest rival, had also competed for the Singapore contract, but Fitbit's bid ultimately won out, according to Park. Both companies are developing digital health platforms that integrate with wearable devices, which utilize an array of sensors to gather biometric health data.

Fitbit is at finally making meaningful steps in diversifying its business away from hardware sales. Better late than never.