Please ensure Javascript is enabled for purposes of website accessibility
Log In Help Join The Motley Fool
Free Article Join Over 1 Million Premium Members And Get More In-Depth Stock Guidance and Research
By David Butler – Updated Aug 23, 2019 at 5:58AM

Solid quarter for Dick's Sporting Goods, but can it continue growing its same stores sales?

Dick's Sporting Goods (DKS -1.94%) stock opened up 5% today after reporting earnings that exceeded expectations. I've been waiting for a while to see whether Dick's could revive its same store sales. The sports retailer has struggled like many in recent years, to adjust to the disruption in retail. Reporting its best quarterly comp gains since 2016, Dicks Sporing Goods seems to be reviving momentum but can it last? 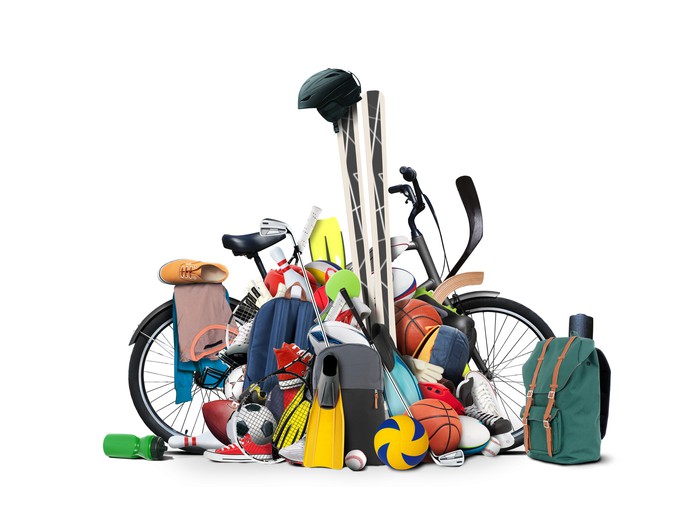 Let's take a look at the quarter

Dick's Sporting Goods reported consolidated same store sales growth of 3.2% in the second quarter. The retailer noted that the increase stemmed from both increases in overall transactions, as well as average ticket sales. Overall, total net sales revenues increased 3.8% to $2.26 billion. CEO Edward Stack noted the diversified nature of their growth in the quarter. "We saw growth across each of our three primary categories of hardlines, apparel and footwear, our brick-and-mortar stores comped positively and our eCommerce channel remained strong, increasing 21%."

Indeed, the online growth is a welcome sight in a world where names like Amazon are making big grabs for market share. Now comprising 12% of net sales, it's encouraging to see that retailers as a whole can indeed make headway online.

More encouraging, is how Dick's Sporting Goods seems to finally be succeeding in driving brick and mortar, as well as digital growth. I'm a firm believer that there's an equilibrium between the two, and that the long term success of retailers will be based on finding that balance in a profitable way.

While gross profits of $677.07 million marked an increase year over year, they actually declined as a percentage of sales to 29.97% vs. 30.28% a year ago. Moreover, SG&A expenses actually rose to 23.06% of sales. In all this resulted in a decline in operating income to $155 million vs. $162.5 million a year ago. Higher interest expenses resulted in lower pre-tax income, and subsequently net income decreased by 5.7% year over year to $112.5 million. On a per share basis, Dick's had earnings of $1.26 per diluted share. That's a $0.06 increase from last year, and is due to a decrease in the overall share count. Dick's has been on a buyback trend with its stock, and repurchased $159 million worth of shares in the second quarter alone.

The earnings surprised analysts, and the overall guidance here suggests that Dick's Sporting Goods might be having a better year than many had hoped for.

The big thing for me is same store sales. The retailer expects full year same store sales to increase in the low single digits. Compared to a decrease in 2018 of 3.1%, that's a welcome forecast.

The Broader economy is interesting here. We've seen a few big retailers report results that are not exactly in line with the notion of an impending recession. Granted, it could very well be the calm before the storm, but let's face it. When big names like Walmart (WMT -2.50%), Target (TGT -0.23%), and now Dick's Sporting Goods report rising comp sales, it does signal strength in consumer spending. The retailers continued success will likely be largely dependent on that strength.

Dependent on where Dick's Sporting Goods manages to deliver within their earnings guidance, the stock is trading at around 10x full year earnings. Dick's Sporting Goods had been up big premarket, but has since eased off a bit to around 3% in gains this morning. To me, I think the market is going to be a little more critical of Dick's Sporting Goods than they were of Target yesterday. The sports retailer will need to deliver a few more quarters to truly prove this trend, before there's any possibility of investors paying more for the stock. While I like Dick's Sporting Goods, I'm hesitant to rate it a "buy." I'd call the stock a "hold" at present, but with the low valuation and strong 3.3% dividend, there is a case for it being a strong play if you believe in the return to sales growth.