Please ensure Javascript is enabled for purposes of website accessibility
Log In Help Join The Motley Fool
Free Article Join Over 1 Million Premium Members And Get More In-Depth Stock Guidance and Research
By Keith Noonan – Aug 26, 2019 at 8:30AM

Fans are disappointed by Spidey's departure from Disney's MCU, but it looks like a smart move for Sony.

Sony (SONY -2.53%) is set to swing Spider-Man out of Disney's (DIS -1.39%) Marvel Cinematic Universe (MCU), a pivot that's shaking up the superhero movie world and riling some film enthusiasts. The entertainment companies teamed up in 2015 to reinvent the web-slinger for the big screen and tie the character into the MCU -- a project that yielded two successful solo movies produced by Sony and a series of well-received appearances for the character in Disney's blockbuster Marvel films. This year's Spider-Man: Far From Home completed the terms of the deal, and it looks like Sony will now choose to resume exclusive film rights to the character.

Fans of the Marvel Cinematic Universe movies have made their dissatisfaction known across social media sites, and plenty of media outlets have been quick to portray the move as a blunder for Sony. Time may eventually validate that position, but Spider-Man was set up as one of the main leads for the next phase of Disney's massively successful superhero universe, and the House of Mouse may have asked for too much when it sat down with the Japanese company to negotiate Spidey's movie rights.

It's still possible that the two sides will come to an agreement and keep the webhead in the MCU. However, the team-up always looked poised for a split, and Sony may be making a very smart move in disentangling the character from the MCU. 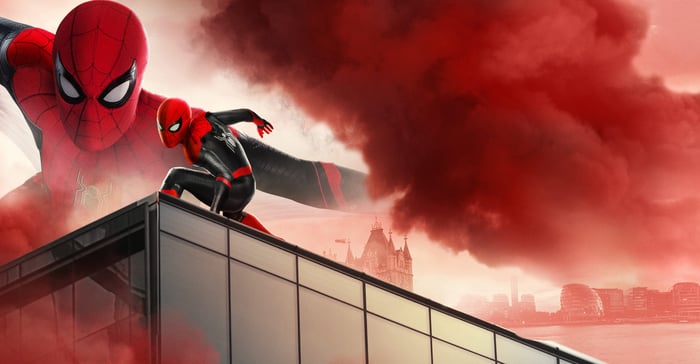 Sony purchased the movie rights to Spider-Man from Marvel in 1999, roughly a decade before the famous comic book studio was acquired by Disney and before the Marvel Cinematic Universe went on to become the biggest film franchise in the world. The 1999 deal gave Sony exclusive film rights to the Spider-Man universe, while Marvel retained merchandise rights to the characters and could continue to feature them in comic books and nontheatrical cartoons. This deal carried over after Disney bought Marvel, but some eventual weakness for Sony's Spider-Man on the big screen helped bridge the character into the Mouse's thriving MCU.

After three hugely successful Spidey pictures from director Sam Raimi in the 2000s, Sony opted to reboot the franchise with a new creative team, cast, and canon under the banner of The Amazing Spider-Man. Despite a solid debut for the series' first outing in 2012, its 2014 sequel failed to meet expectations, and Sony set about finding another way to reinvent the character.

The Japanese tech and entertainment company eventually reached an agreement with Disney that would see Peter Parker and his superhero alter ego join the Marvel Cinematic Universe for a five-picture run. Sony would produce two Spider-Man movies that would feature tie-in MCU characters and get some help from Marvel's creative team, and Disney would go on to feature the web slinger in films including Captain America: Civil War, Avengers: Infinity War, and Avengers: Endgame.

Some sources say that Disney received either 5% of the first-day or total gross for Sony's Spider-Man pictures, while others report that each company kept all the revenue from the films it was responsible for producing. The exact terms of the deal still aren't crystal clear, but the gist is that Sony got to reinvigorate a valuable film property through association with the MCU, and Disney got to include one of the world's most popular superheroes in its sprawling connected franchise and take better advantage of its merchandise rights to the character.

After successfully helping to reintroduce the property to the big screen and the deal concluding with the release of Spider-Man: Far From Home, Disney reportedly floated a deal to Sony that would have seen the two companies split production costs on solo Spider-Man films in exchange for the Mouse receiving a much bigger cut of the ticket sales -- as much as half by some accounts. Like Iron Man without his rocket propulsion boosters, a deal along those lines was never going to fly.

Removing Spider-Man from the MCU makes sense for Sony

Spidey exiting the MCU might seem shocking, but the high potential for a split was built into the initial team-up and looked even more likely after Sony went on to launch a movie franchise around Spider-Man secondary character Venom that had no connection to the Marvel Cinematic Universe. After 2018's Venom, starring Tom Hardy in the titular role, went on to gross more than $850 million at the box office, taking Spidey out of the MCU probably started to look pretty appealing.

Spider-Man is one of Sony's most bankable entertainment properties and one that's a huge asset for the company's film business. Outside of Jumanji (which turned into a surprise hit after grossing more than $960 million with a series reboot in 2017) and a couple of animated series, Sony is desperate for viable movie franchises. There has been some talk that the company could sell its film and television business, but such a move may not comport with the direction of the overall tech and entertainment industries.

Technology companies are looking to supplement their ecosystems with substantial entertainment components that help keep users engaged and coming back for more. With Sony already operating a substantial entertainment business with its PlayStation wing, it might not be sensible to sell off its film and television production business when these two segments can have beneficial interchanges. So long as the company is making movies, it's going to want to keep a tight grip on Spider-Man -- unless it gets a really good offer.

While Disney's Marvel unit played a big role in shaping the most recent reinvention of the character for the big screen and successfully promoting the webhead, the two most recent Spider-Man pictures were produced in-house by Sony Pictures. The production house now has a resurgent Spider-Man film franchise, with star Tom Holland signed for at least two more pictures, and Jake Gyllenhaal may also be signed for additional turns as Far From Home villain Mysterio.

Tom Hardy's Venom looks like a bankable franchise, and additional spinoff pictures built around the world that film established are already in the works. There's already a strong core cast to build a potential combined movie universe around, and having Spider-Man and Venom in the same franchise would be natural due to their shared comic book history and visual similarities. The company also scored a hit with the animated film Spider-Man: Into the Spider-Verse in 2018, scoring roughly $375 million in ticket sale on a $90 million production budget, although the picture wasn't tied to any team-up deal with Disney's Marvel movie unit. It makes sense that Sony is betting on itself here.

The company will definitely face some fan backlash for removing the webhead from the MCU, and broadly negative coverage of the move in the enthusiast press may work to amplify that dissatisfaction. It's undeniable that the tie-in with the MCU and crossover with characters like Robert Downey Jr.'s Iron Man helped relaunch the Spider-Man film series -- and fans naturally wanted to see what was next for Peter Parker in the Avengers world. That said, the MCU will continue to be a box office juggernaut even without Spidey, and Sony made a smart move by refusing to cede more control of its most valuable movie property.